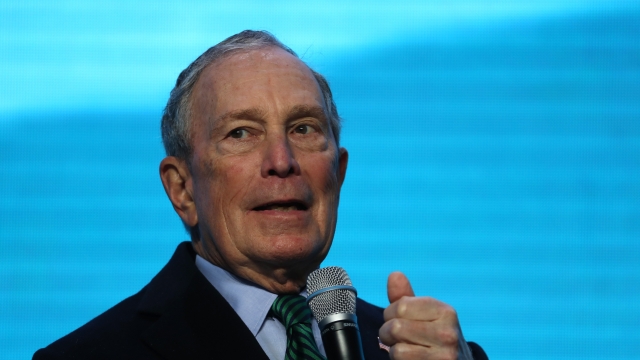 Democratic presidential candidate Michael Bloomberg has cut ties with a call center company that used prisoners to phone bank for his campaign.

The news site The Intercept first reported Tuesday that Bloomberg's campaign had contracted the company, ProCom, which then subcontracted services to an unnamed third-party vendor. ProCom runs call centers in New Jersey and Oklahoma, with centers in the latter operating out of state prisons.

Inmates at a women's facility in Oklahoma were reportedly making calls to California on behalf of Bloomberg's campaign. They were required to end their calls by disclosing that the calls were paid for by the Bloomberg campaign, but did not say they were calling from behind bars.

Bloomberg campaign officials confirmed the arrangement to The Intercept. In a statement posted to Twitter on Tuesday afternoon, Bloomberg said:

"We only learned about this when the reporter called us, but as soon as we discovered which vendor's subcontractor had done this, we immediately ended our relationship with the company and the people who hired them. We do not support this practice"

The New York Times reported ProCom runs a job training program for prisoners. In a statement, the company said inmates receive "skills that allow them to both earn money... and position themselves" for employment upon release.

Alex Friedmann at Prison Legal News told The Intercept that "the use of prison labor is the continued exploitation of people who are locked up." He said it was possible that Bloomberg's campaign was unaware of ProCom's practices, but that it was still responsible.

Friedmann said: "That’s like saying department stores making clothes in southeast Asia don’t know that 5-year-olds are stitching together their soccer balls. Well, shouldn’t you know? Shouldn’t you have some idea of your supply stream, or what your downside supply stream is doing?"

Bloomberg, a billionaire media executive and the former mayor of New York City, entered the 2020 Democratic primary last month. His campaign has vowed to tackle "the failings of [the] criminal-justice system." But reform advocates have criticized Bloomberg for his support of stop-and-frisk policing — a strategy found to have been used disproportionately against minority communities. Bloomberg has since apologized for pursuing the tactic while in office.