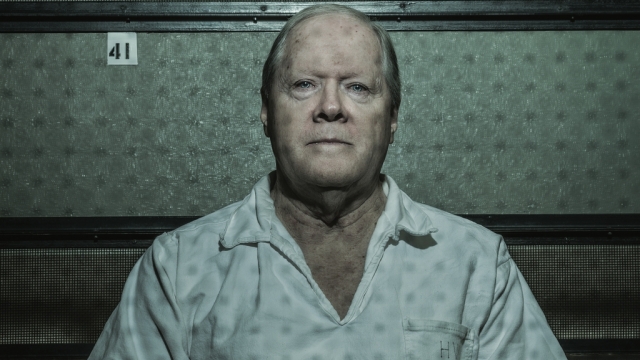 "Blood Will Tell" details the story of Joe Bryan, a high school principal convicted of murdering his wife, Mickey, in 1986. Many believe he's innocent and behind bars because of faulty forensic science.

"Joe Bryan has been incarcerated now for 32 years. I think the way I knew that I really wanted to do this story, or that this was the right story, was the disconnect between how people who knew him and have lived with him for years and whose children he had taken care of described him versus how he was described in the courtroom. And that's something that I've seen over and over again with wrongful conviction cases. And I think it's really interesting, the different sort of conflicting narratives that can exist about one person."

"The goal of any story I write is both to write a narrative that really pulls you in, but also that has something more there — that it's not just about that one person's case, it's about something larger," Colloff added.

Colloff's two-part investigation shows how inconsistent forensic science can be — specifically, bloodstain-pattern analysis. It also reveals how widespread the practice is across the U.S.

"I first got really interested in bloodstain pattern analysis a couple years ago when I went to cover a trial in East Texas. It was a murder trial. There was a bloodstain pattern expert testifying for the state and one testifying for the defense, and they had the same exact training, and they had the same exact evidence before them, and they came to two diametrically opposite conclusions. So I was sitting there in the courtroom and thinking, 'If this is science, how is it that you can look at the same stuff with the same training and come to two different conclusions?' So I wanted to understand that better," Colloff said.

"So most of my best ideas come about when I'm really panicked about the state of my current story. And so I was driving around Austin one day and just thinking, 'How is it that I'll ever understand this particular forensic discipline when I don't have a background in biology or any of these other things that would be helpful?' The light bulb moment for me was, well, the expert in this case, took a weeklong class, I should take a weeklong class. So I went to Yukon, Oklahoma, for a week, and I sat at the Yukon, Oklahoma, police department with a lot of law enforcement, and we took this class together. I wielded an ax and spattered blood around and wore a Tyvek suit. And it was sort of comical at the same time that it was also very frightening," Colloff said.

"Everybody in that conference room at that police department who's taking that class with me was going back out into the world thinking of themselves as something of an expert. One thing that the stories taught me that I try to tell other reporters is just because someone is calling themselves an expert, just because someone has a bunch of impressive-sounding credentials, when they testify, you need to dig deeper than that. It doesn't necessarily mean that they're right. … I think we just need to think more critically about what it means to be an 'expert' and what we as journalists should do when we're confronted with that," Colloff said.

After Colloff's piece was published, the police officer who gave bloodstain-pattern testimony in Joe Bryan's case signed an affidavit saying, "My conclusions were wrong." Despite that, a Texas judge denied Bryan's request for a new trial. Bryan will be eligible for parole in May 2019.