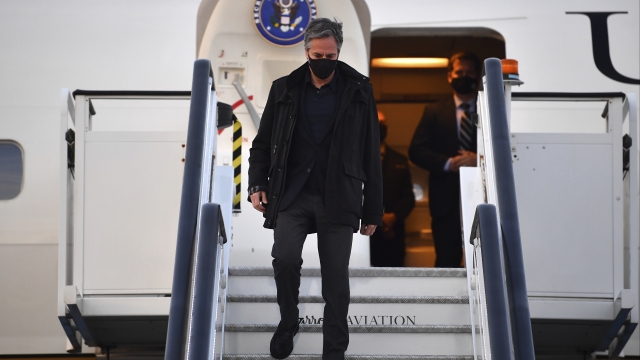 Blinken said the U.S. doesn't have the luxury of not dealing with China.

Secretary of State Antony Blinken arrived in London this morning ahead of meetings with officials from Korea and Japan.

In an interview that aired last night, he addressed the U.S.'s relations with another country in Asia, saying he's confident in the U.S.'s ability to stand up to China as Beijing looks to overtake the U.S. as the world's dominant power.

"It is the one country in the world that has the military, economic, diplomatic capacity to undermine or challenge the rules-based order that we care so much about and are determined to defend," said Blinken. "But I want to be very clear about something. And this is important. Our purpose is not to contain China, to hold it back, to keep it down. It is to uphold this rules-based order that China is posing a challenge to."

In a "60 Minutes" interview, Blinken said the U.S. doesn't have the luxury of not dealing with China.

He also said Beijing is acting more repressively at home and has never been this aggressive abroad with its military.