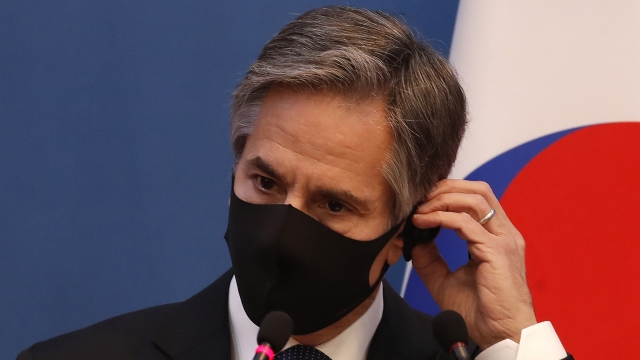 Blinken made the plea during his trip to South Korea.

"China has a unique relationship with North Korea. Virtually all of North Korea's economic relationships, its trade, go with or go through China," he said. "It has tremendous influence, and I think it has a a shared interest in making sure that we we do something about North Korea's nuclear program."

North Korea has declined requests from the U.S. to start talks about denuclearization.

The country's leaders say they'll sit down with American officials after "hostile policies" are rolled back.