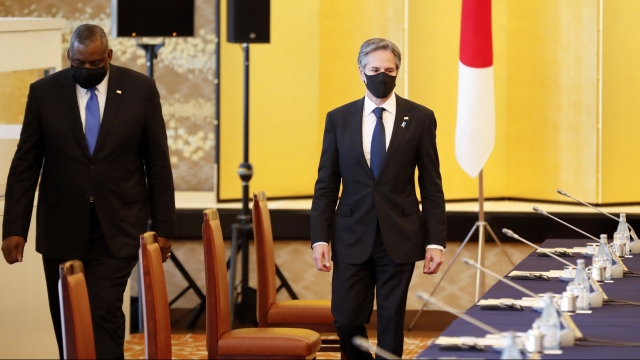 The U.S. Secretary of State and the Defense Secretary are both in South Korea this morning.

Their discussions with South Korean officials will be focused on North Korea.

Yesterday, the sister of North Korean leader Kim Jong-un slammed the U.S. for its military drills with South Korea.

The U.S. wants North Korea to return to the table for nuclear talks, which stalled more than two years ago under the Trump administration. This stop in South Korea is the second leg of their regional tour to revive U.S. alliances with parts of Asia.