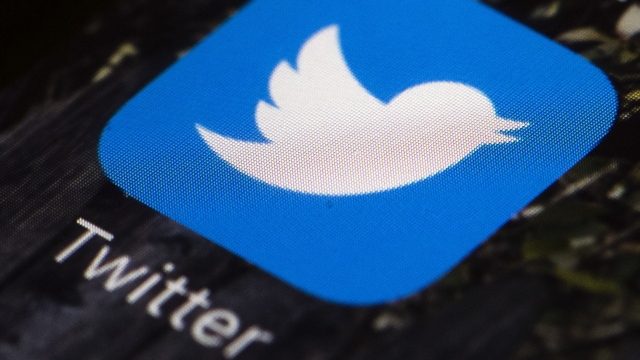 SMS
Black Twitter Community Questions What Elon Musk Takeover Will Change
By Amber Strong
By Amber Strong
May 5, 2022
Elon Musk's pending acquisition of Twitter has some wondering about the future of the platform and its cultural impact.

Black Twitter is easy to find if you know what you're looking for.

"If you don't know Black Twitter, it is probably not for you," said Stephanie Alston, CEO of Black Girl Group.

Now some are wondering what's going to happen, with billionaire Elon Musk's $44 billion deal to purchase Twitter still in the works.

As a platform, Black Twitter is an open forum while also being a private chat. People use it as a source of affirmation, history lessons and pleas for justice.

"We saw #MuteRKelly, which was the movement surrounding muting R&B singer R. Kelly," Alston said. "We've seen Black Lives Matter, rallying together Black voices and even those who say they're allies in the Black community."

It's been a social justice bullhorn on the lack of diversity in everything from local Juneteenth celebrations to the Oscars.

"My entire professional life has changed since that first tweet seven years ago," said April Reign, co-founder of She Will Rise.

That tweet was #OscarsSoWhite, sent by Reign, a former attorney, in 2015.

"I was watching the Oscar nominations on one of the morning television programs, and it struck me that category after category and all of the acting nominations, there were no people of color nominated, as what we call 2015 means the 2014 films," Reign said.

So, she launched the soon-to-be viral tweet and a movement for change.

"It was in 2016 that the Academy of Motion Picture Arts and Sciences, under the president at that time, Cheryl Boone Isaacs, decided that they would start an initiative to double the number of people of color and double the number of women within the membership ranks by 2020, and in fact, they did that," Reign said.

A 2020 survey from Pew Research found 60% of Black people say social media is an important way of getting involved with political or social issues.

"Whenever George Floyd was tragically murdered and it went viral online, one thing that many companies did, was they said they stood with us, and so what did Black Twitter do?" Alston said. "They held those people accountable."

When it comes to politics, a study from Columbia University researcher Nia Atkins shows political candidates who saw a small increase in Black Twitter sentiment soon saw a 12-point increase in polling among Black people.

"The biggest issue that many people have is not so much of free speech; it's the hate speech part," Alston said. "There have been so many people who've had issues with, you know, White supremacists coming and saying racist things. I mean, we've seen the Capitol riots that happened because you were able to mobilize on platforms such as Twitter. Those are the issues that scare Black Twitter."

A 2018 study from Amnesty International found Black women were 84% more likely than White women to be mentioned in abusive or problematic tweets.

And Tesla Inc., where Musk is CEO, is being sued by the California Department of Fair Employment and Housing after receiving hundreds of complaints alleging segregation and discrimination.

According to additional complaints by former employees, workers were allegedly called the n-word regularly and greeted with "Welcome to the plantation" by management.

In his SEC filing, Musk says he believes in Twitter's potential to be a platform for free speech. Now many Black twitter influencers are taking a wait-and-see approach, while using their platforms to speak out.

"I feel a responsibility to amplify those who are more marginalized than me, and so I can have the conversations I can learn in real time," Reign said.

"At the end of the day, I think we need some level of free speech simply because that's how Black Twitter has been able to mobilize," Alston said. "If we just say, you know what, we're going to censor everything, I think it makes it a little bit harder for our communities to be able to come together. If something happens and Twitter turns into a place that, like, we don't feel comfortable, I am fully confident that Black Twitter will find another place to mobilize. Together, they will figure out how to make something else more popular, even cooler."