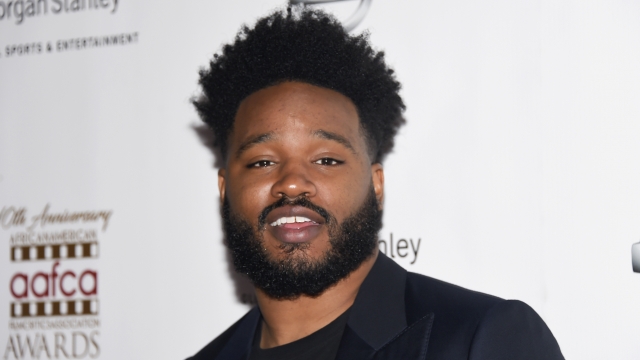 Coogler was briefly detained by Atlanta police in January after a bank teller mistook him for a robber when he tried to withdraw a large sum of cash.

Movie director Ryan Coogler was briefly handcuffed by Atlanta police after a bank employee mistook him for a robber when he passed her a note while trying to withdraw a large amount of cash from his account.

The “Black Panther” director walked into a Bank of America branch Jan. 7 and passed the bank employee a withdrawal slip with a note written on the back asking her to “be discreet when handing him the cash,” according to a police report. He also had his California state identification card and his Bank of America account card.

Police responding to the bank branch in the upscale Buckhead neighborhood saw a black Lexus SUV parked out front with the engine running. An officer talked to the male driver who said he was waiting for Coogler, who was inside the bank. A female passenger gave police the same information.

'The Batman' Swoops Into Theaters With Higher Ticket Prices

This is something the AMC theater chain has already been doing in Europe.

A description of Coogler given by the driver matched the description of the man reported to have been trying to rob the bank, the report says. The officer detained both the driver and passenger in the back of a police vehicle but they were not placed in handcuffs.

Two other officers had gone inside the bank and led Coogler out in handcuffs.

Police determined the whole thing was a mistake by the bank employee and Coogler “was never in the wrong.” The handcuffs were immediately removed and the other two people were released from the back of the patrol vehicle, the report says.

All three were given an explanation and an apology for the bank employee's mistake and Coogler requested the names and badge numbers of the officers on the scene, the report says.

“We deeply regret that this incident occurred. It should never have happened and we have apologized to Mr. Coogler,” a statement from Bank of America says.