Black NASA Scientists Reflect On Adversity, Rising Through The Ranks 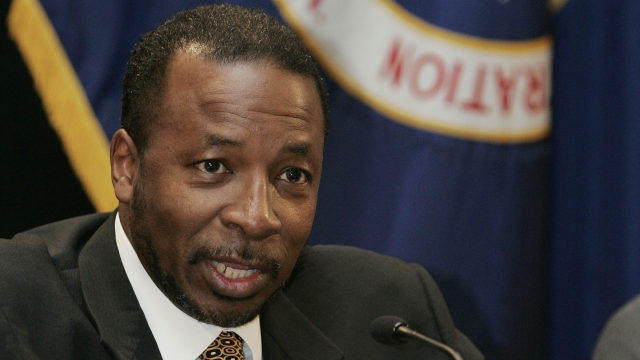 SMS
Black NASA Scientists Reflect On Adversity, Rising Through The Ranks
By DaLaun Dillard
By DaLaun Dillard
February 18, 2022
Dr. Julian Earls and Dr. Woodrow Whitlow talk about what it was like climbing the ladder to become director of Glenn Research Center.

It used to be all too common for Black men and women to work in careers surrounded by people who didn't look like them.

The effort, research and training it takes to execute a liftoff is by no means a one-person job. The work of several people helps a rocket blast into space.

Dr. Julian Earls and Dr. Woodrow Whitlow spent decades at NASA, and both men served as director of the Glenn Research Center — Earls from 2003 to 2005 after working his way up through the ranks.

"Each management level here at the center, I went through," he said. "So I was really ready by the time I got to be a center director in knowing what was necessary — from my perspective — in each one of those positions."

However, often times Earls led teams and sat in meetings with very few people who looked like him.

"Those days we were very large with about 5,000, almost 6,000 employees," Earls said. "Less than 50 were African American scientists." 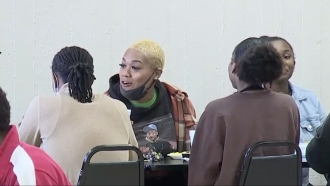 So Earls dedicated himself to launching the careers of Black men and women. Among his efforts to attract and retain diverse candidates, Earls says he created the first equal employment opportunity committee at Glenn. He established a pipeline to hire students from historically Black colleges and universities and also has three scholarship programs for HBCU students.

Earls was the second Black center director of Glenn behind Donald Campbell. So when Earls retired, he made sure to help choose his successor — the third Black director of NASA Glenn — Dr. Whitlow.

"It's good to know that there's somebody out there who you can count on and somebody who believes in you," Whitlow said.

Whitlow had several people who believed in him during his career, including Mary Jackson — NASA's first Black female engineer, known as the human computer.

"Mary was like everybody's grandmother," Whitlow said. "When African Americans came to Langley Research Center, she would talk with us and show us the ropes."

Her struggles working as a Black woman for NASA in the 1950s were depicted in the film "Hidden Figures," which showed how she fought racism while helping America win the space race.

As Dr. Whitlow rose through the ranks at NASA, he says he was committed to lifting up other people of color.

"I would personally go to all these events and I would look for candidates, bring their resumes back and say these are the first people we ought to consider," he said.

There is a lasting legacy both men leave at NASA Glenn. In 1983, Earls founded the development fund for Black students in science and technology, to offer scholarships to HBCU students.

"It's not what you do as much as what you create," Earls said. "If you rise to a position of power and influence and don't use it to serve your people then it's wasted power. You don't deserve the position. That's my philosophy."