Black Homeowners Are Getting Lower Appraisals Than White Neighbors 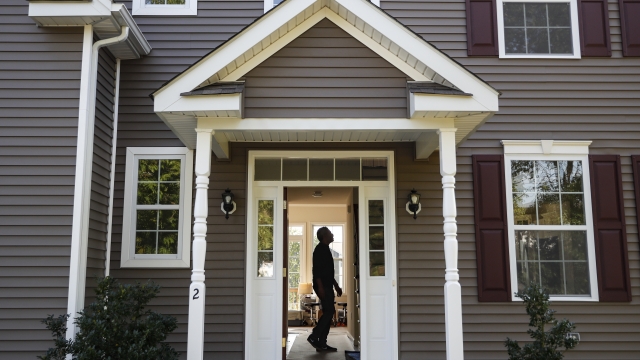 SMS
Black Homeowners Are Getting Lower Appraisals Than White Neighbors
By Newsy Staff
By Newsy Staff
February 2, 2022
The home appraisal industry is one of the least diverse industries in the country, with over 96% of appraisers identifying as White.

Now more people are starting to come forward and share this same experience, from California to Indiana to Ohio — it’s a problem nationwide.

Carlette Duffy is one of those people who was told her home was worth less.

In 2020, she had three appraisals done on her home. For the first two, she listed her race and gender and they came back at $125,000 and $110,000. She decided for the third time, she wouldn't specify race or gender, and she’d have her friend, who is a white man, stand in on her behalf.

"My friend Hank called and talked to them and then they set up times, get told everything," Duffy said. "I then basically removed everything that... was associated with me being black. I removed books, I removed pictures of my family, I removed pictures and artwork from the house. I remove clothing I had, like some African print clothing in my closet. I took that out. The guy came out and looked around the house, and I was not there. I was next door, and it came back at $259,000."

She enlisted the help of the Fair Housing Center of Central Indiana to file complaints with the Department of Housing and Urban Development against the lender, the appraiser and the appraisal management company. At this time, the response to those complaints are still pending.

"There's an estimated four million incidents of housing discrimination each year, yet there's less than 30,000 reported actual incidents," said Amy Nelson, executive director at the Fair Housing Center of Central Indiana. "That's because so many people don't know what to do, are scared to speak up, maybe retaliated against for speaking up."

"It lets you see how hard it hits when it's you, and it’s like, you fight these things every single day, every day you fight when it's obvious in your face, but then what are you doing when it's hidden?" Duffy said.

When the Parker family in Ohio wanted to sell their home, their appraisal also came in a lot lower than what their realtor anticipated. Just like Duffy, they then asked a White friend, who was also their realtor, to pose as the homeowner for the next appraisal.

"The appraisal report stated that our home was 15 years old, and our home was actually built seven years ago," Aaron Parker said. "It said renovations had not been made over that 15-year mark, which is not possible because we just built seven years ago, so that was one of the major errors. Then there was no credit for, like, our basement being finished with a deck on our house."

"Then when I had to put up our neighbor's pictures because my daughter knows the neighbor, they played in the cul de sac together," Erica Parker said. "She was like, 'Why are you hanging [that] up? What, Mommy? What's going on? Why are you taking my pictures down, hanging up their pictures? That moment really just crushed me because I'm like, 'Oh my God, at this moment in time, I have to really tell my daughter what it's like to be black.' So fast forward, maybe a week or two weeks, we got that appraisal report back, and it came back almost $100,000 more than what the original appraisal value was."

The Parkers have filed claims with HUD and are still waiting to hear back.

The Austins in California have experienced this firsthand too. They got an appraisal so they could refinance their home and pull out equity to finish their home renovations. What happens next is very similar to the last two stories —they called up a White friend to stand in for a second appraisal, which came back higher.

"The house appraised for 1.42, so like $500,000 more than it did when we were the homeowner," Tenisha Tate-Austin said. "So, I mean, you know, that's what that's what we mean by, you just take a risk being Black in America every day." "We're 10 minutes away from the Golden Gate Bridge," Paul Austin said. "We have beautiful views. Our homes is on a mountain, you know, nestled in a hillside, so we have water views. We have a national park behind us... we took our home from almost 1300 square feet to like 2600 square feet. We've also been seeing how white folks had bought homes right here in our community of Emerald City and have sold homes right here in Marin City. It has gotten top dollar for it. So, you know, it was it was a slap in our face."

They have filed lawsuit in federal court against AMC Links, the nationwide appraisal services company, and the appraiser.

According to Bureau of Labor Statistics data, the home appraisal industry is one of the least diverse industries in the country, with over 96% of all property appraisers and assessors identify as White.

The wealth gap between Black Americans and other racial groups continues to widen and can largely be attributed to low rates of Black homeownership and the value of Black homes.

According to the Brookings Institute, Black neighborhoods are undervalued by about $48,000 per home which leads to $156 billion in cumulative losses nationwide. When half of the residents in a neighborhood are Black, the homes are also half the value of homes in neighborhoods without Black residents.

It's important to note that this data is comparing similar homes and neighborhoods. The main difference is the people.

Using Federal Reserve data, the Hamilton Project at Brookings found that going into the pandemic, the median White household held 7.8 times the wealth of the median Black household.

"As far as, you know, the appraisal industry, in a way that they do business because people are now like our story, just one of many," Paul Austin said. "But as you start to see the many stories that's coming out, you just can't turn a blind eye to it anymore."