Black Farmers Are Dispossessed. How Did We Get Here? 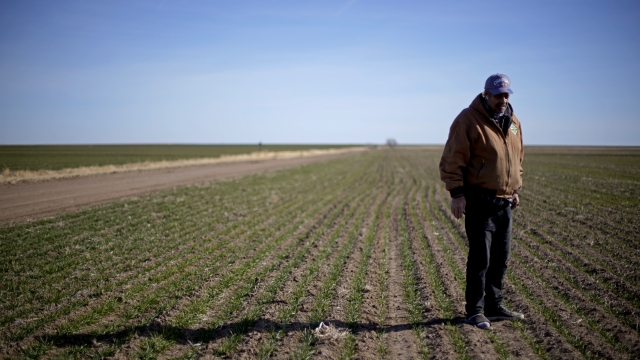 SMS
Black Farmers Are Dispossessed. How Did We Get Here?
By Newsy Staff
By Newsy Staff
March 4, 2022
The Biden administration promised Black and other "disadvantaged" farmers $4 billion in federal aid, but it's been held up.

There is a bitter legal battle playing out right now for farming communities across the country. It concerns $4 billion in federal aid for debt forgiveness that the Biden administration promised for Black and other "disadvantaged" farmers.

As early as May 2021, the Department of Agriculture began contacting borrowers who qualified for debt clearance. But since then, the aid has been held up in court thanks to groups representing predominantly White farmers who argued the government can’t give out aid based on race.

This legal battle is so significant because it’s only the latest chapter in a long, complicated history of Black agriculture, with decades of discrimination from local banks, to the federal government itself, and it’s a battle that comes as Black farmers are hanging on by a thread.

But it wasn’t always this way. Black farmers have long had a rich history in the U.S., establishing themselves early in the post-Civil War period.

Despite resistance from antebellum society in the South, thousands of former slaves were able to get footholds as landowners between the 1860s through the early 1900s. W.E.B. Du Bois called it a “land hunger” among freedmen during Reconstruction. Census figures show a peak in 1920 with almost a million Black farmers in America. And by 1920, there were hundreds of thousands of tenants and sharecroppers on these farms.

So how did we get from these burgeoning communities to 98% of Black agricultural landowners being dispossessed? Most of the losses occurred surprisingly recently — from the 1950s onward. To understand that, we need to understand how often landowners depend on certain loans.

Farmers often have to borrow against expected harvests to pay for equipment, supplies, and the rent of their land. But most banks and the federal government have a long record of denying loans to Black farmers, no matter the circumstances.

And the lack of bank loans allowed other rackets to pop up — one investigation by AP found hundreds of cases of extortion, exploitation, and outright theft of Black-owned farmland.

For one example, take the case of Norman Weathersby. Weathersby was a Chevrolet dealer in Ohio who forced Black farmers to put up land as collateral in order to borrow his farming equipment and trucks. But his close friend was the local credit agent and would allegedly delay loaning the farmers money on purpose, so farmers wouldn't be able to pay Weathersby back and would lose their land. Weathersby acquired hundreds of acres this way.

One historian estimated about half a million Black-owned farms went under between 1950 and 1975. The Emergency Land Fund, established in the 70s to fight dispossession, estimated that nearly 6 million acres were lost by Black Farmers in the two decades after 1950. That’s an average of 820 acres a day — the size of Central Park in New York City.

The disparity in funding continued well past the Civil Rights era. According to a 2005 article in The Nation, in the mid 80s, the USDA lent a total of $1.3 billion to about 16,000 farmers to help them maintain their land. Only 209 of those farmers were Black.

In 1997, about 400 Black farmers sued the USDA, alleging that since 1981, officials had repeatedly ignored complaints of discrimination and reports of denied loans based on race. The government settled the case for $1 billion, giving tens of thousands of farmers $50,000 each.

Later, President Obama would authorize $1.25 billion in aid for claimants who were missed on the first lawsuit.

In 2020, the USDA under President Trump issued billions in subsidies to mitigate losses from the trade war with China. The aid package was record-breaking at $46 billion, but a nonprofit agricultural news organization found a troubling stat: 99% of the subsidies went to White farmers only.

This long legacy of loan denial and land dispossession set the stage for the Biden administration to pledge more targeted aid in 2021. But banks have complained of the loans being repaid early, losing out on interest payments. Groups of White farmers across a handful of states have sued, and Black farmers are left with deeper debt, and no end in sight.