Black Communities Are Being Reshaped By Another Great Migration 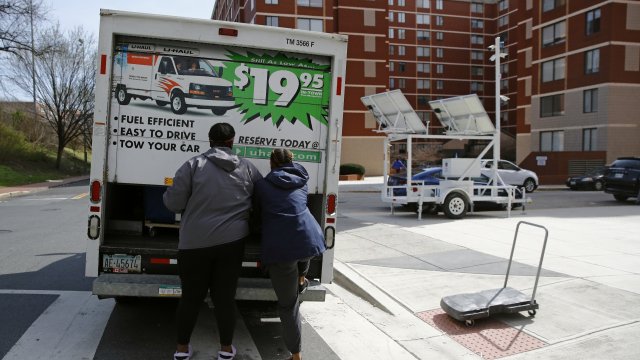 SMS
Black Communities Are Being Reshaped By Another Great Migration
By Newsy Staff
By Newsy Staff
February 7, 2022
A "new" migration is similar to the one that began in the early 20th century.
SHOW TRANSCRIPT

Today, there is a noticeable shift in Black Americans moving from Northern metro areas to the Southern cities.

That can have a huge impact on local culture and communities. Take Chicago, for example, which has historically been an economic capital for Black-owned local and national businesses. The city used to be home to the headquarters of Ebony magazine, Oprah Winfrey’s Harpo Studios and five of the nation’s largest Black-owned banks. Today each of these has either shuttered or moved outside of the city — all five of those banks have either closed or are no longer Black-owned.

The demographic shift has huge political implications too, and nowhere has this been clearer on the national level than in Georgia. Between 2000 and 2019, Black eligible voters accounted for nearly half of Georgia's growth of eligible voting population, and in the 2020 presidential election, President Joe Biden did exceptionally well in the Atlanta area, a fast-growing and increasingly diverse region which was key in tipping the state blue.

So why is the shift to Southern cities happening?

According to census data, the most sizable shift is to and from major cities. For example, the Black population of metro Atlanta more than doubled between 1990 and 2020, surpassing Chicago as the metro area with the second-largest concentration of African Americans, outside of New York.

Black populations in greater Houston and Dallas Fort-Worth rose above 1 million for the first time, the population more than doubled in metro Charlotte and even smaller areas saw big gains like San Antonio, Raleigh, Greensboro, Orlando, and Little Rock.

Major demographic shifts in Black populations have happened across the country before – most famously with The Great Migration.

The Great Migration was a demographic transformation that began in the early 20th century. At the turn of the century, nearly 9 in 10 African Americans lived in the South — predominantly in rural areas. But then over the century, between about 1910 and 1970, an estimated six million African Americans left the South for states up North, in the Midwest, and the West. By the 70s, New York, Illinois, and California had the greatest African American populations.

A huge reason for the move was the abundance of local jobs and promise of economic opportunity in industrial sectors, and that eventually included jobs for women, as many men left the workforce during the two World Wars.

That's when many African Americans were escaping from restrictive Jim Crow laws — laws across the South that established different rules for Black and White Americans. Many of these were first passed in the economic depression of the 1890s in response to Reconstruction after the Civil War, and they would last through to the Civil Rights movement in the 1960s.

Then, just as the Great Migration finally trailed off in the 1970s, the phenomenon slowly began to reverse and families moved back South, accelerating in the 90s and even further into the 2000s.

The reasons behind this “new” migration are not too different from the old one.

First, a major reason is jobs. Most of the fastest growing cities in the country are in the South and the West, and many families reportedly are moving with a job already offered or for the chance for economic growth.

But according to recent reporting from the U.S. Census and the Washington Post, another major concern was housing and housing affordability. Discriminatory policies like redlining kept many Black communities in major cities locked out of developing generational wealth. The racial wealth gap has only been growing, and in many major cities in the North, lack of access to education, public transportation and other basic needs have been hugely influential.

For many, there may also be extended family or cultural ties to the South, which makes the move even more appealing.

There are differences in the two movements, though. While the Great Migration first saw African Americans leaving rural areas for Northern cities, this trend is seeing more movement from cities to cities. The rate of growth is also considerably slower than the beginning of the 20th century — the percentage of the country’s Black population has grown in the Southern states by just four percentage points overall since 1970.

But even so, mass city exodus is clearly identifiable and worth studying further. These kinds of demographic shifts tell us a lot about the differences in economic inequality and perceived opportunity across regions in the United States. They can also tell us a lot about the ways in which our history — for better, and worse — so often repeats itself.