How To Keep Birds From Sabotaging The US Space Program 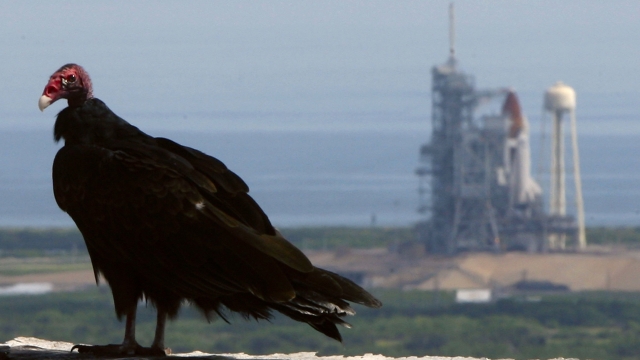 SMS
How To Keep Birds From Sabotaging The US Space Program
By Evan Thomas
By Evan Thomas
December 30, 2016
NASA has developed a few interesting strategies to prevent avian animals from tripping up its operations.
SHOW TRANSCRIPT

Sometimes the biggest problem facing NASA's space program isn't budget limits or bad weather: It's the birds that get too close to the rockets.

In 1995, woodpeckers postponed a launch when they drilled dozens of holes in Space Shuttle Discovery's external fuel tank. Engineers spent days repairing the damage. They posted fake owls and inflatable "eyes" around the pad to keep the woodpeckers from returning before the launch.

But even the raw power and noise of a shuttle at full throttle wasn't always enough to scare away the local birds. In 2005, a turkey vulture struck Discovery's fuel tank just after liftoff.

Any impact against the shuttle could have damaged its protective heat shields, and NASA took that very seriously. Just one flight earlier, a chunk of foam weighing less than that vulture put a hole in Columbia's heat shields. Seven astronauts died when the shuttle broke up on re-entry.

So the agency started up an intense bird safety campaign. It cleaned up the roadkill that attracts vultures and stationed bird-watchers by the runways.

Since 2005, it's used special bird-specific radar to track flocks and will even delay launches if fowl wander too close. Since 2007, it's run a network of remote sound cannons to scare birds away from launch pads and runways.

Those cannons could be useful in the future, too — in case the roar of the Space Launch System isn't enough warning.