The Senate Is Working On A New Bipartisan Paid Leave Program 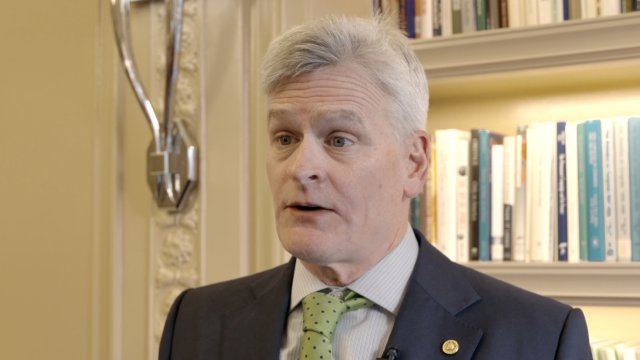 But a certain hurdle remains: how to pay for it.

Paid leave has officially gone mainstream in Congress. Senators on both sides of the aisle announced they are working on a proposal that would help employees get paid during time off for things like child birth. But one familiar roadblock remains.

"We haven’t yet decided on how we’re going to pay for it. Believe me, we have ideas, but I’d rather form the consensus before we announce that," said U.S. Sen. Bill Cassidy.

Republican Sen. Bill Cassidy said he and Democratic Sen. Kyrsten Sinema are working together to remove the U.S. from the short list of countries that don't require paid leave. Cassidy says the bill will emphasize helping low-income workers who typically don't have access to any version of paid leave at all.

"We want it to be fiscally responsible, but we want it to meet the needs of those who have the greatest need," Cassidy said.

It's no longer just liberals that embrace the idea.

Nothing is set in stone, but Cassidy says the option of using Social Security funds — a common feature in GOP-sponsored paid leave bills — is still on the table. And that could lead to some obstacles.

Republican Sens. Marco Rubio, Joni Ernst, and Mike Lee have all introduced legislation that would allow Americans to tap into their Social Security money in order to fund their own paid leave. But that's received a lot of backlash from Democrats, who say that new parents shouldn't have to choose between taking care of their children or preparing for retirement.

There's also another problem. The most recent Trustees Report estimates that Social Security will become insolvent in 2034, meaning that retirees will see smaller benefits if nothing is done. For a paid leave program that relies on Social Security, that poses obvious problems.

So that leaves a few questions about this upcoming bipartisan bill, but Cassidy is optimistic on being able to bridge the gap between both sides. He also feels positive about having the support of one of the president's closest advisers.

"Ivanka Trump is very much engaged, which I think is a key to our success," Cassidy said.