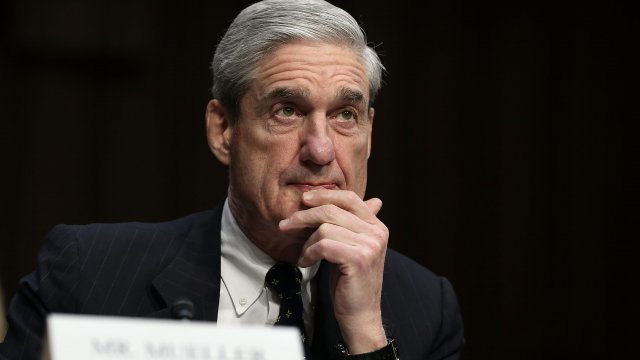 A bipartisan group of senators introduced a bill that could prevent President Trump from firing special counsel Robert Mueller.

Republicans Lindsey Graham and Thom Tillis teamed up with Democrats Cory Booker and Christopher Coons to create the Special Counsel Independence and Integrity Act. It essentially backs current Justice Department policies, which state only the attorney general can get rid of the special counsel for "good cause." In Mueller's case, that responsibility would fall on Deputy Attorney General Rod Rosenstein.

Efforts to push the bill have increased after Trump said Monday he would not rule out firing Mueller. White House press secretary Sarah Sanders says the president believes he has the power to fire the special counsel.

Rosenstein says he is the only one that has that authority. But NBC notes some legal experts argue Trump, as president, can fire anyone in the executive branch. Trump could also fire Rosenstein and bring in another official to fire Mueller.

Sen. Chuck Grassley, who heads the Senate Committee on the Judiciary, wants his panel to take up the bill. If the bill gets out of committee, it could pressure Senate Majority Leader Mitch McConnell to put it up for a vote.