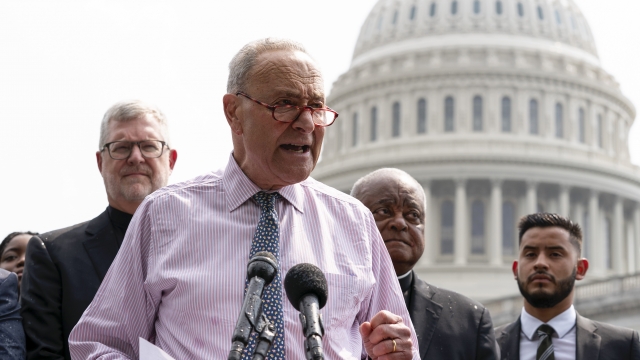 But despite the stalemate, Newsy found that lawmakers actually agree on many individual aspects of pending legislation.

While Democrats and Republicans are finally on the verge of moving forward on a compromise to fix America's roads and bridges, an issue Congress has stalled on the issue for years, Democrats are still looking pass some parts without Republican support, arguing an investment is needed now to help American families.

Republicans say a bigger plan would be just too much:  "It would be hard to imagine a proposal less suited to the conditions our country is facing,” Senate Minority Leader Mitch McConnell said on the Senate Floor Wednesday.

Democrats’ reform bill, called the “For The People Act” is filled with multiple elements that were bipartisan in the past, something Senator Amy Klobuchar touted from the Senate Floor.

But Republicans said the bill has too many other poison pills.

Republican and Democratic Senators alike have pitched ways to provide citizenship to DREAMers, undocumented immigrants who grew up in the U.S. after they were brought to America as children.

But Republicans spiked a measure passed earlier this year by House Democrats, saying it had too many other priorities wrapped up in it.

"Massive partisan bills like the legislation the House passed this year is not the answer,” Senator John Cornyn said on the Senate Floor last month.

And finally, on police reform:

While negotiators are continuing behind the scenes to craft a bill that can receive bipartisan support, both sides failed to pass compromise legislation last year, with Republican Senator Tim Scott alleging the Republicans’ bill would have accomplished 70% of what Democrats wanted.

Inaction in Congress on all these issues, which polls have shown a clear majority of the American people support, signals that narrow bipartisan compromise has all but stopped.

Americans have taken notice: Gallup last month found that just 26% of the country approves of the way Congress is handling its job.