Biopics Are Pretty Formulaic, And 'Bohemian Rhapsody' Is No Exception 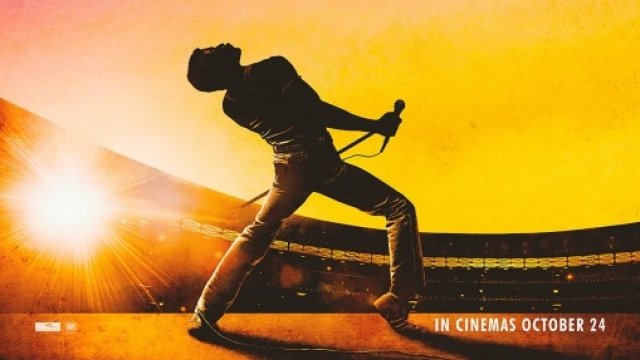 ["The Legend of Ritchie Valens.'"]

["One of America's brightest stars that faded too soon."]

The biopic is a Hollywood staple, and because Freddie Mercury and Queen are so iconic, "Bohemian Rhapsody" was one of 2018's most anticipated. 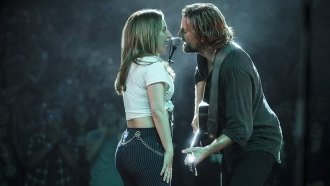 'A Star Is Born': A Film Remade For Every Generation Since 1937

The film follows Mercury, portrayed by Rami Malek, as he and his bandmates rise in stardom. Like other showbiz biopics, the movie follows the conventions of dramatized milestones, bickering among band mates and loved ones, conflict with critics and skeptical music executives, ["Mark these words: No one will play Queen."] and most importantly, high-energy performance scenes that pay tribute to the real-life talent of the film's subjects.

For some critics, however, "Bohemian Rhapsody" may have followed those conventions a little too closely — putting positive energy and calculated "tributes" above reality.

A review in The Independent says "Bohemian Rhapsody" plays through the "greatest hits" of Queen and only lightly mentions the band's struggles — such as Mercury's fight against AIDS.

Similarly, a review in Den of Geek describes the film as "a formulaic and comfortable trip down jukebox memory lane."

To be fair, criticisms like these have plagued biopics for the past couple years — like when a critic from the Washington Post described the genre as "tired Oscar bait" in 2015.

Just like comic book franchises, biopics are easy to sell but also easy to criticize, because they're oftentimes just giving audiences familiar names with high-profile actors.

That's not going to stop Hollywood, of course. I mean, just take a look at the roster of biopics released in 2018 alone. You've got a battle of the Queens with Queen the band competing with Mary, Queen of Scots, Queen Elizabeth I and Queen Anne ["Roger, there's only room in this band for one hysterical queen."].

But beyond being "Oscar bait," biopics also reel in big money. Some of the top grossing films of the genre, including "American Sniper" or "The Blind Side," have made upwards of $200 to $300 million.

As of February 2019, "Bohemian Rhapsody" made more than $200 million at the box office. That makes it the highest-grossing music biopic of all time.

The film won the Golden Globe for best drama film. It's been nominated for five Academy Awards — including best picture of the year.