Bill To Attract Foxconn To Wisconsin May Not Be Constitutional 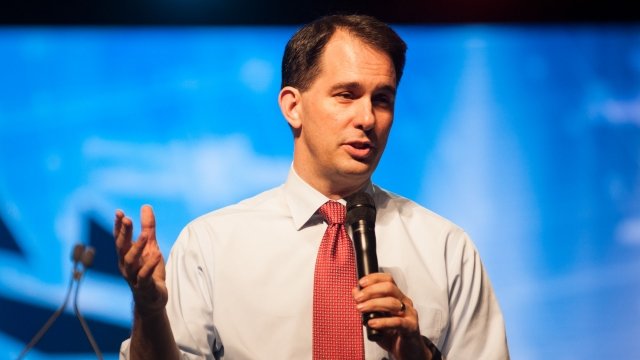 Wisconsin Gov. Scott Walker signed a multibillion-dollar package designed to incentivize tech manufacturer Foxconn to build a factory in the state. But some are concerned it may not be constitutional.

The bill changes the rules for how the state approaches legal challenges involving the plant. It lets the Wisconsin Supreme Court take appeals directly and automatically stays lower court rulings during the appeal process.

The Wisconsin Legislative Council, which studies the state's laws, raised questions about the legality of the bill. It said a court could rule the bill unconstitutional "if it finds that this provision violates the judiciary's independence."

A spokesman for Walker said he believes the bill is constitutional and will help protect the plant from "frivolous lawsuits."

Though critics argue it would take the state 25 years to see any benefits from the deal, while Foxconn would get the money a decade earlier.

Barring any holdups, the official contract for the plant is expected to be signed soon.