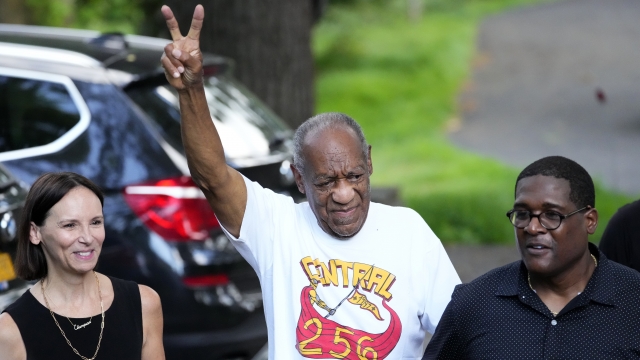 SMS
Bill Cosby, His Defense Team Celebrate Release From Prison
By Newsy Staff
By Newsy Staff
June 30, 2021
The 83-year-old comedian was convicted of drugging and molesting a woman at his home back in 2004.
SHOW TRANSCRIPT

His sexual assault conviction, tossed. The reaction was fast and furious. For the Cosby defense team it was vindication.

Cosby's spokesperson Andrew Wyatt said: "What we saw today was justice. Justice for all Americans. Mr. Cosby's conviction being overturned is for the world and all Americans."

Cosby was silent, choosing to speak on Twitter instead. He thanked all his supporters and the Pennsylvania Supreme Court and insisted, "I have never changed my stance nor my story. I have always maintained my innocence."

As Cosby stood by and smiled, the world watched a stunning sudden reversal.

Dozens of accusers had come forward with stories of rape and assault. Cosby admitted to drugging women he wanted to have sex with but called it consensual.