Bill Clinton Says He Has Not Privately Apologized To Monica Lewinsky 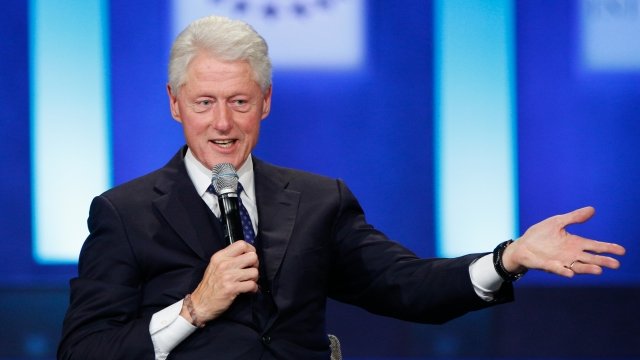 Former President Bill Clinton told NBC News he does not owe Monica Lewinsky an apology for the scandal involving her during his presidency.

While promoting his new novel, Clinton told the network he did not privately apologize to Lewinsky and pointed out that he made an apology to the general public.

When asked if he would have approached the affair differently if he were president in 2018, Clinton said, "I don't think it would be an issue today because people would be using the facts instead of the imagined facts."

Clinton also said he "did the right thing" by not resigning, adding, "I defended the Constitution."

In 1998, Clinton denied and then later admitted to an affair with Lewinsky, a White House intern. The scandal led to an independent counsel investigation. The House voted to impeach him for obstruction of justice and lying under oath, but he was acquitted by the Senate.