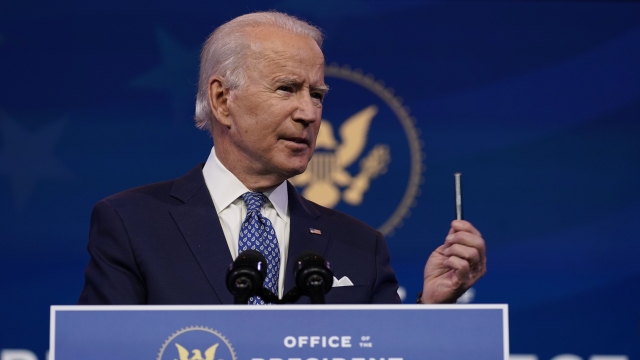 SMS
Biden: We Will 'Respond In Kind' To Cybersecurity Breach
By Newsy Staff
By Newsy Staff
December 23, 2020
President-elect Biden blamed the current administration for allowing it to happen in the first place.
SHOW TRANSCRIPT

Security is top of mind after officials discovered foreign cyberattacks against the U.S. government.

President-elect Joe Biden vowed to "respond in-kind" when he finds out who, or what country, is behind the attacks.

And he blamed the current administration for allowing it to happen in the first place.

"This assault happened on Donald Trump's watch when he wasn't watching," said President-elect Joe Biden. "It still his responsibility as president to defend American interests for the next four weeks. But rest assured that even if he does not take it seriously, I will."

Here's what we know: hackers breached an IT contractor as early as March of this year.

That contractor works with big-name agencies like the Defense Department and the U.S. Secret Service.

Secretary of State Mike Pompeo and other Trump administration officials have blamed Russia.

But so far, President Trump has downplayed the hack and questioned whether Russia could really be responsible.