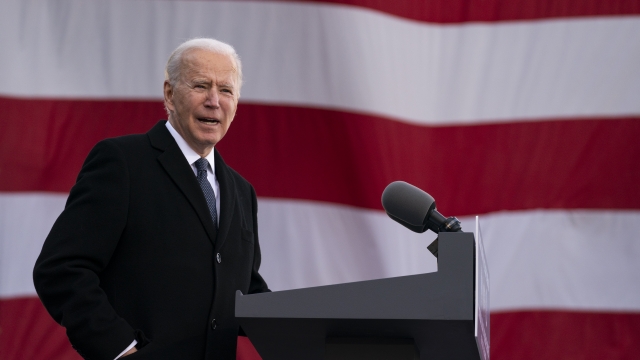 The incoming Biden administration has pledged to make climate change a top priority.

Biden has said he will rejoin the Paris agreement, which aims to cut greenhouse gas emissions, on his first day in office. Nearly every country in the world is signed on.

"The withdrawal from Paris by the Trump administration sent a terrible message to the rest of the world that the U.S. didn't care about climate change and maybe other countries shouldn't either," said Michael Gerrard, director of the Sabin Center for Climate Change Law at Columbia Law School.

The new administration also plans to restore many of the more than 70 environmental regulations rolled back under President Trump.

Climate envoy John Kerry, who helped negotiate the Paris agreement, will be charged with reversing many of the rollbacks.

Including the relaxation of offshore drilling safety regulations, elimination of methane emissions standards for oil and gas companies, and reductions to fuel economy and greenhouse gas standards for passenger cars.

"That is by far the biggest one to me, because transportation emissions and the U.S. passenger car emissions are 20% of our CO2, and we should be able to get that much lower," atmospheric scientist and Cornell University professor Natalie Mahowald said.

Biden has already proposed a $2 trillion climate plan. Its goals include switching to a 100% clean-energy economy, improving energy efficiency in buildings and reaching net-zero emissions by 2050. It would also aim to get more electric vehicles on the road by increasing the number of charging stations in the U.S.

"If we really want to go to the low climate targets, we probably would have to change the way we live because there's no energy that doesn't have an environmental impact," Mahowald said. "Honestly, that's just not what we have available to us right now."