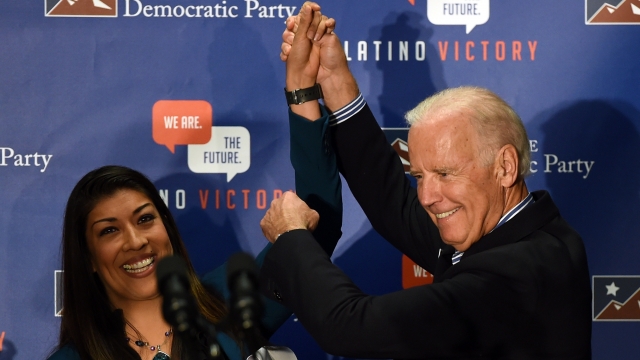 SMS
Biden Says He'll Be More 'Mindful And Respectful' Of Personal Space
By LeeAnne Lowry
By LeeAnne Lowry
April 4, 2019
The former vice president released a video on his Twitter in response to allegations of inappropriate interactions with women.
SHOW TRANSCRIPT

Former Vice President Joe Biden released a video Wednesday, saying he will be more "mindful and respectful" of personal space.

This comes on the heels of accusations from multiple women who say he touched them in a way that made them uncomfortable.

The accusations started last week when former Nevada politician Lucy Flores spoke out about an incident in 2014. She says Biden smelled her hair and kissed the back of her head. Since then, six more women have come forward.

After Biden released the video, Flores said in a statement that while she was glad he acknowledged how his behavior has made women feel, he has still not apologized.