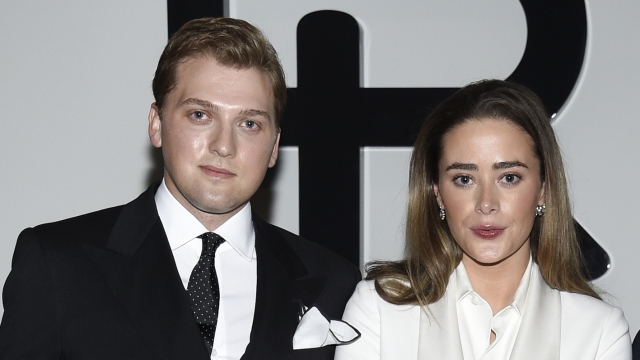 President Joe Biden's granddaughter, Naomi, and her fiancé, Peter Neal, will say "I do" at the White House Saturday.

Naomi is Hunter Biden's daughter. She and Neal are both lawyers.

The wedding will be the first to take place on the South Lawn, but the 19th wedding hosted at the White House.

"A very select minimum group of people have had the privilege of certainly being married at the White House, either inside or outside," White House Historical Association President Stewart McLaurin said.

Only one president — Grover Cleveland — has tied the knot at the White House while in office.

Nine of the 18 White House weddings were for a president's daughter.

Most recently was Tricia Nixon's 1971 wedding in the Rose Garden. Her father, President Richard Nixon, walked her down the South Portico steps as some 400 guests looked on.

Weddings Are Back In A Big Way, But They Have A Higher Price Tag

In the U.S., weddings are resurgent, but service providers are stretched and costs are climbing.

And President Lyndon B. Johnson's daughter, Lynda, was married in the East Room in 1967.

"The last formal East Room wedding was by Chuck Robb and Lynda Johnson Robb," McLaurin said. "But her sister, Luci, had a reception at the White House and got married outside the White House in Washington, D.C. So, even within a family like the Johnsons, they can choose to do different things."

Jenna Bush, daughter of President George W. Bush, also skipped a White House ceremony in favor of her family's ranch in Texas. Although the Bushes later held a reception at the White House.

Nieces, grandnieces, one son and first lady's siblings have also had White House weddings. Naomi Biden is the first granddaughter to exchange vows there.

The White House has said the Biden family will be covering all wedding costs.

The last person to say "I do" at 1600 Pennsylvania Ave. was President Barack Obama's chief White House photographer, Pete Souza. He married Patti Lease in the Rose Garden in 2013.