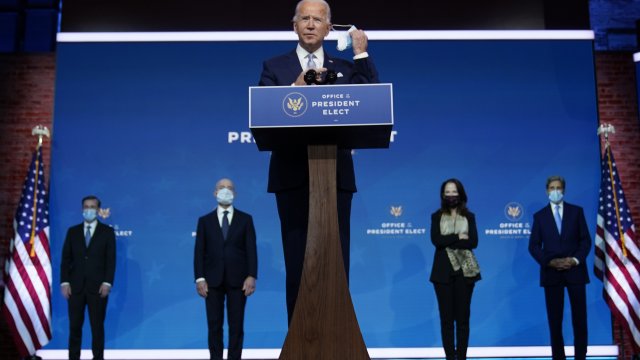 The transition process is officially underway. President-elect Joe Biden has been given the funds and infrastructure to build his administration, and with that comes Cabinet appointments, focusing first on foreign policy and national security.

As a candidate, Biden promised to appoint people with experience, and that's what he did, bumping up former Deputy Secretary of State Tony Blinken to the top post at the State Department, as he did with former Deputy Secretary of Homeland Security Alejandro Mayorkas. Though the names are unfamiliar to the everyday American, within Washington, they're all pretty well-known, most playing key roles in President Obama's administration.

Biden's nominations signal that he's prioritizing American allyship with the rest of the world and trust in institutions. Many of these officials will also be tasked with rebuilding the departments the Trump administration gutted.

Biden is surrounding himself not only with career officials but ones he knows from the Obama administration or even from his decades as Delaware's senator.

But a challenge for the Biden transition team going forward will be progressives who rallied around Biden despite favoring other Democrats. So far, the olive branch is a brand-new position, Special Presidential Envoy for Climate, given to former Secretary of State John Kerry. But activists say it's only the start. They want to see progressives in Senate-confirmed Cabinet positions.

The transition team is also aiming to fill lower-level positions with a diverse group, asking about sexual orientation, gender, socioeconomic status and underrepresented communities in the initial application.