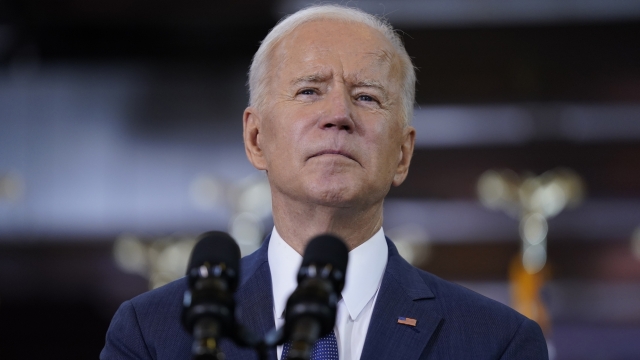 The Biden administration's work to sell its more than $2 trillion infrastructure plan is underway and it's facing opposition from within its own party.

Sen. Joe Manchin told a West Virginia radio host Monday that he won't support the plan if the corporate tax rate is raised from 21 to 28 percent as proposed. He said several of his Democratic colleagues agree with him.

The plan won't pass the Senate without the support of every Democratic senator, but the White House says it isn't concerned.

"Some will believe that the package we proposed is too small. Some will believe it's too big. And we're happy to have discussions with members who have both points of view," said White House Press Secretary Jen Psaki. "We're hopeful that others will come forward with ideas that are as bold and innovative and will help do the same type of work for American workers in our economy."

GOP leader Mitch McConnell has already said the plan won't get a single Republican vote, but the administration says it remains hopeful for a bipartisan deal.

Already, the five cabinet members tasked with outreach have had conversations with 56 lawmakers split evenly among Democrats and Republicans.

The president plans to invite lawmakers from both parties to the Oval Office once they return from recess.