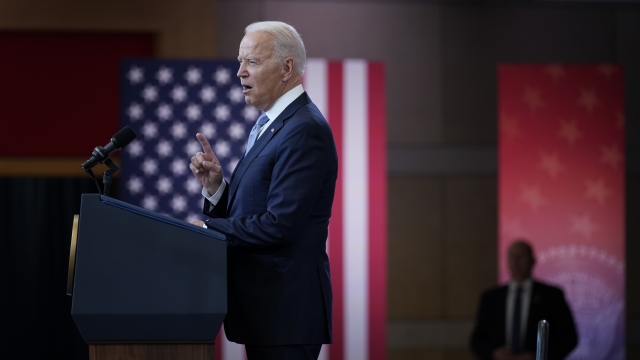 “There's an unfolding assault taking place in America today, an attempt to suppress and subvert the right to vote in fair and free elections," President Biden said.

President Joe Biden using Philadelphia, the birthplace of the Constitution, as a backdrop for a major speech to call for passage of federal voting rights legislation and pushing back against voting laws being pushed in states across the country.

The address comes amid increased pressure from Democrats on President Biden to ramp up efforts to combat Republican-backed voting laws passed in some key battleground states. Just hours earlier a group of Texas Democrats called on Congress to pass a federal voting rights bill, during a high-profile effort to block an elections reform bill in Austin.

More than 50 Democratic lawmakers fled Texas for Washington aiming to block a vote on the bill during a July special legislative session.

Since last year’s election, more than a dozen states have passed laws that would do things like limit early voting and mail-in voting. Others have changed the way elections are administered, potentially giving more power to elected officials and limiting the influence of election administrators.

Republican defenders of the laws say they are needed to ensure the integrity of the vote, and it is up to the states to carry out their own elections. The laws are in response to what the president called a false narrative pushed by former President Donald Trump.

“The big lie is just that a big lie," Biden said.

Meanwhile Democrats in Congress face a major hurdle of their own, since it is unlikely they will gain enough votes to move forward with passage of any major voting rights bill. Members of the Texas House Democratic caucus are using their time in Washington to lobby members of Congress, saying a federal law is the only way to permanently ensure voting rights.

“We also know that we are living right now on borrowed time in Texas and we can't stay here indefinitely to run out the clock to stop Republican anti-voter bills. That's why we need Congress to act now and pass the For the People Act," said State Rep. Rhetta Bowers.

Under Senate rules a 60-vote threshold is required to move the bill forward. For now, Republicans and some moderate Democrats are against removing that rule. A politically thorny issue President Biden did not address in Tuesday’s speech.