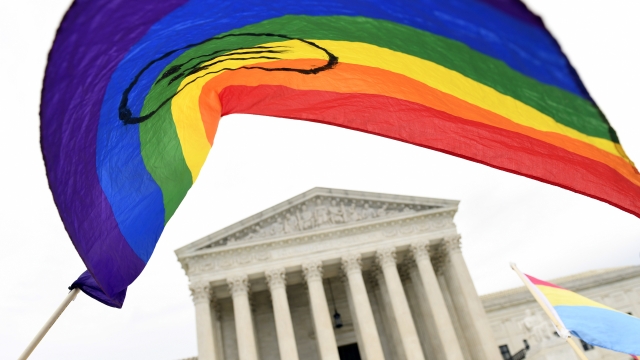 President-elect Joe Biden has appointed transgender veteran Shawn Skelly as a member of his Department of Defense transition team.

President-elect Joe Biden has appointed veteran Shawn Skelly as a member of the Department of Defense transition team in what appears to be part of his administration’s push to reverse President Trump’s transgender military ban.

Skelly, vice president of Out in National Security, served as a flight officer for two decades in the Navy and was the first transgender presidential appointee under the Obama administration in 2013.

“One thing we're really looking forward to with Joe back, after Joe Biden's inauguration, would be the reversal of the ban against transgender people serving and joining the military. So that that is going to be one almost immediate change or effect of the new administration. That's going to really, you know, change dramatically for our community, and we're really looking forward to that,” Modern Military Association of America Legal and Policy Director Peter Perkowski said.

In 2017, President Trump announced the U.S. government “will not accept or allow … transgender individuals to serve in any capacity in the U.S. military.”

The latest guidance from the Pentagon says that new applicants or current military members who were diagnosed with gender dysphoria after April 2019 "will be subject to the standard, requirement, or policy associated with their biological sex."

Meaning if someone identifies as male but was assigned female at birth, they will be held to all standards for women, not men.

The current policies make it difficult for transgender people to enlist or serve. current members and applicants can apply for a waiver to serve as their "preferred gender," but those waivers are rare.

“I think that we're more likely to have access and be listened to in a new administration, a Joe Biden administration, just because Joe Biden has made clear that that diversity and inclusion, including in the military, are important issues that need to be addressed,” Perkowski said.

Biden has promised to undo what he calls "the Trump administration’s discriminatory policies and redouble efforts with state officials to ensure that LGBTQ military spouses have the support they need to pursue successful careers."

“I can't speak as if our community is a monolith. I believe that the vast majority of members of the LGBTQ community will be very excited to see a Joe Biden presidency.”

So far, we have seen numerous tweets congratulating Skelly for her appointment, but we've yet to hear from her in response to her new role.