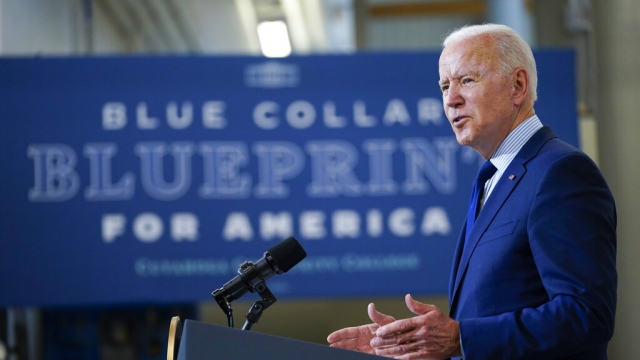 On the campaign trail President Biden made headlines with a pledge to reject the Hyde Amendment, a 1976 ban on most tax-payer funded abortions.

His 2022 proposal budget makes good on that promise, becoming the first president in decades to remove the measure affecting women on Medicaid.

“People of color in this country, who are working really hard to make ends meet and are enrolled in Medicaid are one step closer to getting abortion coverage,” said Destiny Lopez, Co-president of All* Above All.

It’s a watershed moment for groups like All Above All who have been fighting for the removal of Hyde for 7 years.The president’s move comes at a time when state governments are passing restrictive abortion legislation at a record pace and the Supreme Court has agreed to hear a direct challenge to Roe. v. Wade. However,  the president makes his wish list but Congress signs the check on any funding.

Banning public tax dollars to pay for abortions has had bipartisan support in Congress for years...even Biden once supported the Hyde Amendment as a senator.

Anti-abortion rights groups say tapping into that Bi-partisan support is key. In a statement sent to Newsy, the Susan B. Anthony List condemned the move, and said they will continue to run ad and phone campaigns asking constituents to encourage  West Virginia Democrat Joe Manchin to reject any bills without Hyde’s inclusion. Manchin and a few other Senate Democrats have announced their support for Hyde. In a statement to Newsy, the office of Pennsylvania Democratic Senator Bob Casey says his position on Hyde remains the same. Without those votes, the president’s move could become an historic but mostly symbolic gesture.

“We all have work that we'll continue to do, because we're committed to these issues, and to our people, to convince those senators, hopefully now we'll have the full throated support of the White House, of the House. And so it's going to be a full court press,” said Lopez.