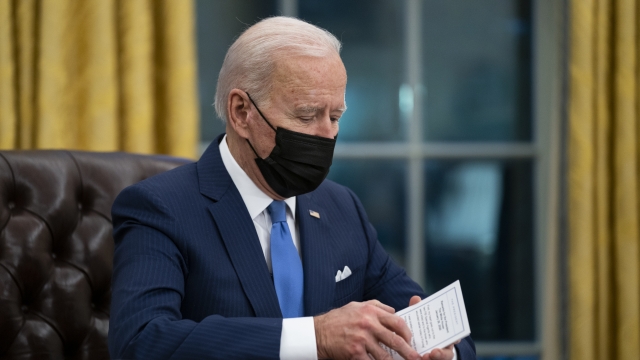 SMS
Biden Administration Makes 2 Immigration Moves Ahead Of Address
By Robin Dich
By Robin Dich
April 28, 2021
The president nominated a new leader for ICE and the DHS reversed a Trump-era policy.
SHOW TRANSCRIPT

The Biden administration has made a couple of notable moves just ahead of his address.

In 2019, he publicly opposed former President Trump's immigration raids. He will need to be confirmed by the Senate.

In another move, the Department of Homeland Security has ordered U.S. law enforcement to limit immigration arrests in or near courthouses.

It reverses a Trump-era policy. It previously allowed ICE to arrest people who were there for unrelated reasons.

The DHS said people need to be able to have fair access to the justice system.