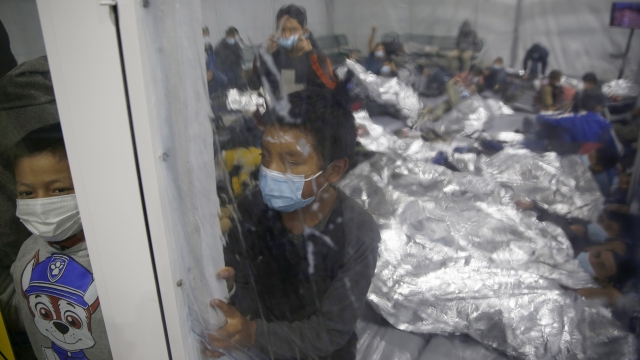 The Biden administration is still working to handle the surge of migrants at the southern border.

It will open a temporary facility in Donna, Texas for unaccompanied migrant children. Recent video showed overcrowding at a holding facility there.

The new site will allow the administration to release kids from Border Patrol custody faster, but they'll still be held by the government.

The Department of Health and Human Services will oversee the new site.

We've also learned border agents arrested two men on the FBI's terrorism watch list. Earlier this week, U.S. Customs and Border Protection said the men tried to cross into the U.S. One of the men was arrested in January and the other one late last month. Both men are from Yemen and were detained in California.

The agency says it doesn't release the number of immigrants it encounters who are on security watch lists but said the incidents are "very uncommon."