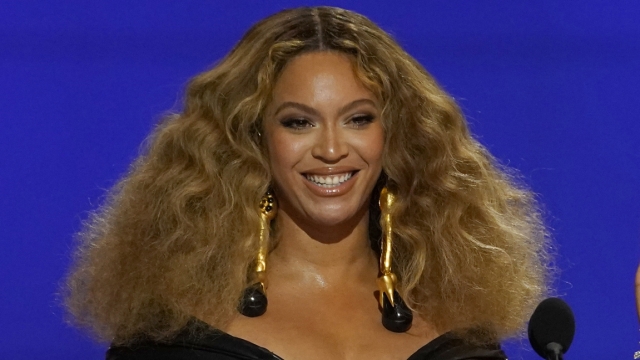 Beyoncé's new album is out and she declares, "Bey is back and I'm sleeping real good at night."

As for the rest of the world — some of the cuts are more likely to get people on the dance floor than tucked under the covers.

"Beyoncé is back!" Exclaimed Zachary Campbell on TikTok, who is known for his reactions to popular artists' music.

Beyoncé is a cultural as well as musical force with an army of supporters dubbed the Beyhive. Beyoncé's new album "Renaissance" is her first solo studio record since 2016's "Lemonade."

On Instagram, she wrote that Renaissance is intended to "create a safe space, a place without judgement," adding that its creation was "a beautiful journey of exploration."

Beyoncé's seventh record contains 16 songs, including "Break My Soul" with New Orleans rapper Big Freedia. That was released in June and debuted in the top ten on the Billboard Hot 100 chart.

The Houston-born phenom is half of one of the most powerful couples in show biz. She calls her husband, hip-hop artist and producer Jay-Z, her "muse."

And while she's the most nominated female artist in Grammy history with 62, many of her fans are more inspired by her persona of an empowered Black feminist fighting for people to be just as they want to be.

Reviews of Renaissance are mostly positive. Pitchfork calls it a "liberation for the COVID age."

And in the United Kingdom, the Daily Telegraph predicted, "these songs will be blasted out of cars, at house parties, in hotel rooms and on dance floors for years to come."

For the music industry, a smash hit from Beyoncé could help reverse an off-key trend of new music being less popular these days.

Analyst Tim Ingham writes that while overall consumption of tunes is growing, fewer people are listening to the new stuff coming out.

Billboard reports the record — the first of a trilogy — will likely spark her first tour in four years or a residency in a single location.