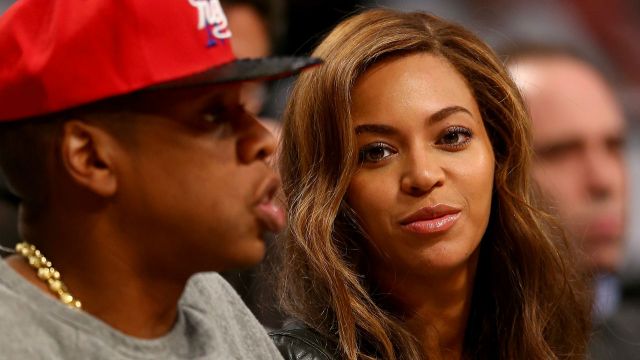 If you haven't heard, Beyoncé released a new visual album.

"He better call Becky with the good hair," Beyoncé sings in "Sorry" during her HBO special.

And that line in "Lemonade" is all it took to get the internet going. When you consider the fact that there are so many lyrics alleging her husband Jay Z's infidelity, this particular line really made people speculate.

Fashion designer Rachel Roy basically threw a match on the fire when she posted a not-so-subtle Instagram photo captioned "Good hair don't care, but we will take good lighting, for selfies, or self truths, always. live in the light #nodramaqueens."

Perhaps Roy was just feeling her hairstyle that day, but the timing — along with her alleged history with Jay Z — caused quite the stir on social media.

Rumors of Jay Z's affair with Roy swirled in 2014. Sources told several outlets that Jay Z's close relationship with Roy was what led to his elevator brawl with Solange Knowles.

Roy clapped back at the allegations, tweeting, "I respect love, marriages, families and strength. What shouldn't be tolerated by anyone, no matter what, is bullying, of any kind."

The unintended victim in this situation is Rachael Ray. Many members of the Beyhive swarmed after her when the Rachel Roy allegations broke. Clearly, Ray is not Roy.

This video includes images from Getty Images and clips from Tidal, Rachel Roy and CBS.