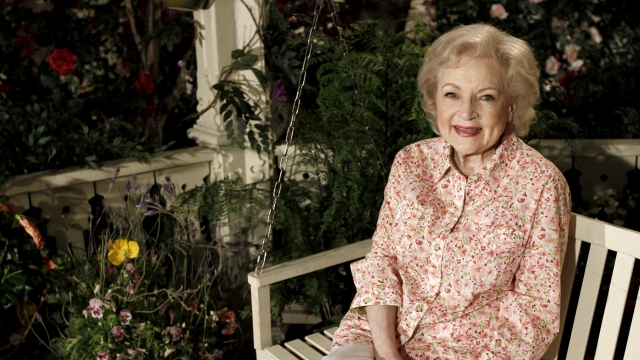 SMS
Betty White, TV's Golden Girl, Dies At 99
By Newsy Staff
By Newsy Staff
December 31, 2021
She was best known for her role as Rose on "The Golden Girls," but her career spanned eight decades — the longest for a woman in TV.

Actress Betty White, whose saucy, up-for-anything charm made her a television mainstay for more than 60 years, has died. She was 99.

Her witty style gave life to a roster of quirky characters over more than a half-century. They included the oddball Rose Nylund in "The Golden Girls" and the outspoken caretaker on "Hot In Cleveland."

She also drew laughs with occasional salty one-liners in the 2009 comedy "The Proposal"  and the horror spoof "Lake Placid." By popular demand, she hosted "Saturday Night Live" in 2011.

White once said her character Sue Ann Nivens in "The Mary Tyler Moore Show" could be "icky-sweet" but was "really a piranha type." That role brought her two Emmys.