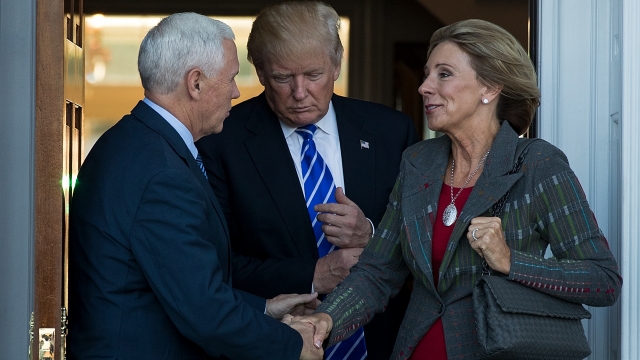 It was close, but Betsy DeVos was confirmed as secretary of education on Tuesday.

After two Republicans broke party lines and voted against her during the Senate's final vote, the 50-50 tie was broken by Vice President Mike Pence.

This was the first time in American history the vice president made the deciding vote for a Cabinet nomination.

During the hearing process, critics mentioned her lack of experience with public schools. She is a strong supporter of charter schools with fewer regulations.

They also jumped on her comment that grizzly bears in Wyoming where a reason certain schools could need guns.

During her confirmation hearing, DeVos promised not to break down the public education system.

But some have said the system may already be in trouble. Standardized test scores show sizable portions of students aren't ready for college.