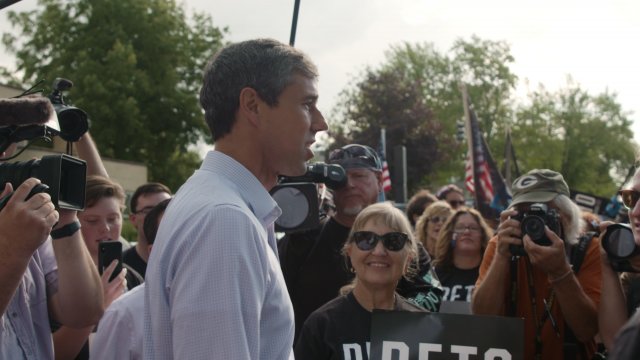 "I fundamentally believe that in order for us to overcome these challenges we've got to repair this democracy and make sure that it works for everyone," said 2020 presidential hopeful Beto O'Rourke.

And one of the candidates talking about it the most is Beto O'Rourke. He has an ambitious plan to bring tens of millions more voters to the ballot box by 2024.

"That means bringing 50 million new registered voters through automatic voter registration and same day voter registration. Making sure that we remove barriers to the ballot box so a new voting rights act that would strike down voter ID laws that are racist in their intent and their outcome, the purges of voter rolls that we saw in states like Georgia," O'Rourke said.

His voting rights platform would make Election Day a national holiday, seek to stop the practice of gerrymandering and require paper ballots. The Texas Democrat's goal is to increase voter turnout to 65%. About 61% of voters turned out for the 2016 election.

But his proposed policy goes beyond just voting. O'Rourke wants to shake up Washington by creating term limits-- a move he says will spark a wave of new leaders.

Members of congress would be allowed to serve 12 years in office and Supreme Court justices would be on an 18-year cap. O'Rourke's term limit idea as part of his voting rights plan is unique but he isn't the only White House hopeful with a bold proposal.

Senator Bernie Sanders has said felons should be allowed to vote while incarcerated while Senator Cory Booker wants to restore the original Voting Rights Act of 1965. Senator Elizabeth Warren on the other hand wants to pay for some state election costs if ballot box access measures are put in place.

The growing influence of outside money is also a top concern. And something that most Democratic candidates agree on is limiting the influence of special interest groups and political action committees or PACs, in the electoral process. O'Rourke says he hasn't accepted donations from these groups and would make it illegal for candidates for federal positions to do so.

"We going to ensure that people cannot buy outcomes in our election," O'Rourke said. "So no more political action committees, corporations and special interests being able to donate to federal office holders or candidates for federal office. If we do all of that, then the greatest mechanism that mankind every devised to address the greatest set of challenges will be up to the task."

If successful in the Democratic primaries and the election, there's still one major hurdle that O'Rourke would have to clear.

How would you get something like this passed if you were president and if Senate Majority Leader Mitch McConnell were to remain in power and Republicans were to control the senate.

"So we need to replace Mitch McConnell and to make sure that if he is still in the United States [Senate], that he is there as the minority leader and not the majority leader. And then we need to go directly to the people as we are doing in this campaign and bring their voices to bear on these challenges, whether they be Republicans or Democrats," O'Rourke added.