Bernie Sanders Rewrote The Rules Of Money In Politics 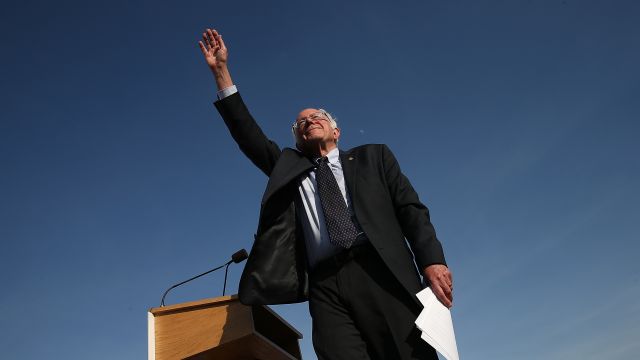 The senator from Vermont set a new standard for Democratic candidates and showed how fundraising without super PACs can work.

His historic run for the White House is over, but Bernie Sanders rewrote the rules for money in politics.

Sixty-two percent of his individual contributions came from small donors giving under $200, and yet he outraised Hillary Clinton's campaign.

"Do you know what the average campaign contribution is?" Sanders asked at a rally. "Twenty-seven dollars."

Since the advent of limitless outside spending groups, Democrats have played by the rules of a super PAC system even as they campaigned against it.

"He was convinced by his political advisers that they should not unilaterally disarm or else he could lose re-election," CBS reported about President Obama's 2012 effort.

But Sanders' success bucking big money set a new standard for Democrats — and showed many voters will reward candidates who pass that purity test on campaign finance.