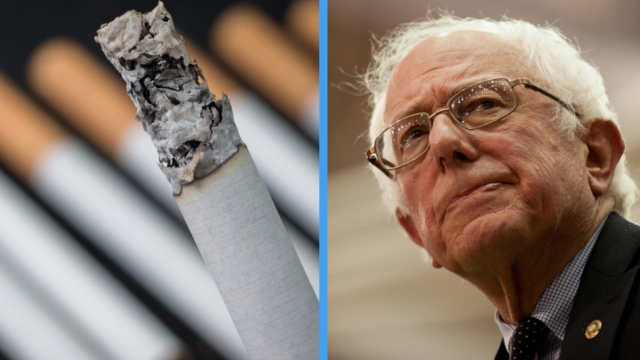 "Cigarettes are causing cancer, obviously, and a dozen other diseases. And there is almost the question as to why it remains a legal product in this country," Sanders said on "Meet the Press."

His response follows another recent polarizing issue for Sanders and his opponent Hillary Clinton — soda tax.

Sanders says there's a big difference between the heavy taxing of sugary drinks like soda and upping taxes for cigarettes. He says the soda tax penalizes poor people because they drink more soda.

But some studies have shown that cigarette smokers are typically low-income as well.

Clinton was the first candidate this election season to endorse a soda tax — viewing it as a way to fund programs.

"I'm very supportive of the mayor's proposal to tax soda to get universal preschool for kids," Clinton said.

This video includes images from Getty Images and clips from Coca-Cola Co.