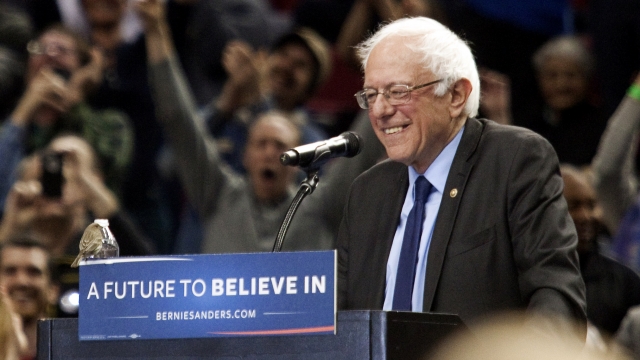 These weren't small wins either. Sanders won 73 percent of the vote in Washington, 82 percent in Alaska and roughly 71 percent in Hawaii — with a few more precincts yet to report by Sunday morning.

Sanders is on a bit of a hot streak when it comes to the caucus formats. He's won the last 10.

The "Sanders Sweep" helps him regain ground lost in the March 15 contests, where Clinton won Florida, Illinois, Missouri, North Carolina and Ohio all in the same night.

The wins put Sanders roughly 700 delegates behind Clinton, but he still trails by a wide margin when it comes to super delegates.

Both candidates will now turn their attention to the closely contested race in Wisconsin, where 86 delegates are up for grabs. A recent Emerson poll gives Clinton a six-point lead.