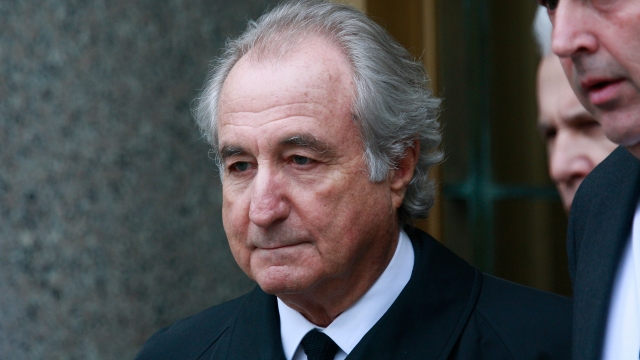 SMS
Bernie Madoff Asks President Trump To Commute His 150-Year Sentence
By Caitlin Baldwin
By Caitlin Baldwin
July 25, 2019
In 2009, Madoff was sentenced to 150 years in prison for using his business to steal billions from his clients.
SHOW TRANSCRIPT

Madoff filed a petition with the Department of Justice. The request is currently pending. The 81-year-old isn't petitioning for full clemency, but to have his sentence reduced. President Trump has only granted four commutations since taking office.

Madoff has been in a federal prison in Butner, North Carolina, since 2009. He was sentenced to 150 years for using his business to steal billions from his clients. It was the largest Ponzi scheme in history.

That same year, Trump told The New York Times that Madoff once asked him to invest with him. Trump said he replied, "No thanks, I can lose my own money."

Marc Litt, the chief federal prosecutor in Madoff's criminal case, said Madoff "received a fair and just sentence," adding, "I'm confident that the career Department of Justice attorneys responsible for evaluating such petitions will reject Madoff's request out of hand."

Madoff's victims number in the thousands and stretch across the globe. The DOJ said in November it had received compensation petitions from over 65,000 victims in 136 countries. The department's Madoff Victim Fund has distributed over $2.7 billion to victims.