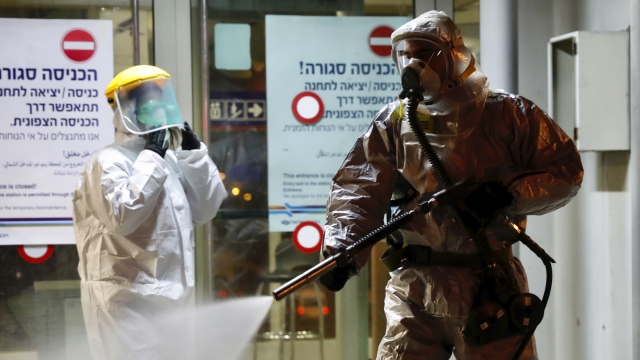 Gantz, a former military chief, has been elected to be the new speaker of the Israeli parliament. He nominated himself for the position in order to have more time to strike a deal with Netanyahu, Israel's longest-serving leader.

According to multiple outlets, a deal is in the works wherein Gantz will serve as vice prime minister and then become prime minister after 18 months. But Netanyahu's critics are skeptical that he'll follow through.

In his first speech as speaker, Gantz said: "These are unusual times, and they call for unusual decisions. That is why I intend to explore the formation of an emergency unity government."

Yair Lapid, a member of Gantz's now-broken Blue and White caucus, criticized the move and said: "What's being formed today isn't a unity government or an emergency government. It's another Netanyahu government. Benny Gantz surrendered without a fight and crawled into Netanyahu's government."

The move comes as a shock for a couple of reasons: First, Gantz previously vowed to never work with Netanyahu because the PM has faced a series of corruption charges. And second, Netanyahu has been trying — and failing — to form a government since April 2019. The deadlock has sent Israelis to the polls twice since then, and it's not clear if the most recent vote would have changed things.