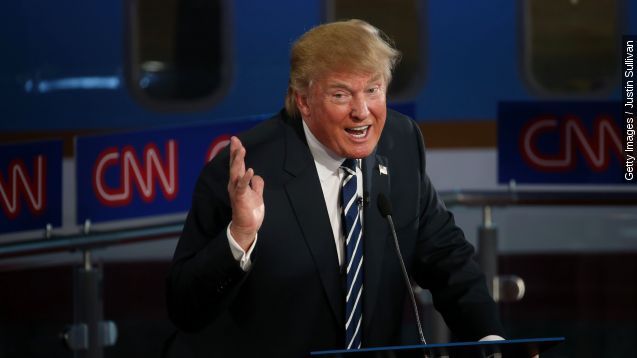 Ben Carson's former campaign manager says his ex-boss is probably not going to be the Republican nominee: He's predicting a Trump candidacy instead.

Barry Bennett told CNN, "He's got the support out there right now and unless something cataclysmic happens, he's going to win."

Bennett was one of a handful of Carson staffers who resigned on New Year's Eve, citing disagreements with Carson's business manager, Armstrong Williams. Bennett told The Daily Beast of Trump: "I think people need to get ready for him to be our nominee. ... If one thousand polls show him winning, he is likely going to win."

Bennett's comments come at a low point for the Carson campaign. The retired neurosurgeon was battling for the front-runner slot with Trump several months ago but has since dropped off sharply in the polls.

In contrast, Trump's poll numbers have kept him consistently ahead of the pack, and recent reports suggest his campaign is building serious infrastructure to capitalize on those numbers in the primaries.

So Bennett joins a number of other political insiders who've grown more bullish on Trump's ability to win the nomination. Princeton University professor Samuel Wang recently concluded that Trump "is in as strong a position to get his party’s nomination as Hillary Clinton in 2016, George W. Bush in 2000 or Al Gore in 2000."