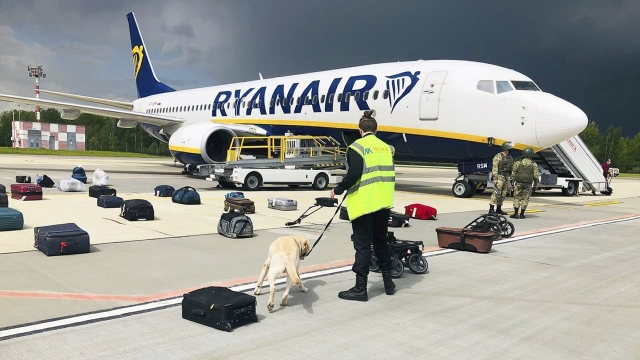 SMS
Belarus Forces Commercial Jet To Land
By Austin Kim
By Austin Kim
May 24, 2021
The plane was carrying a prominent critic of Belarus' government.
SHOW TRANSCRIPT

Belarus' government is facing serious questions after it forced a commercial airplane to suddenly land and arrest one of the passengers on board.

The Ryanair jet was traveling from Greece to Lithuania. It was carrying a prominent critic of Belarus' government.

As the plane was traveling over Belarus, officials claimed there was a bomb threat and the pilots needed to make an emergency landing in Minsk. A fighter jet escorted the plane where officials arrested the political critic.

Now leaders from the U.S. and Europe are condemning Belarus' leadership and some say the government faked the threat to make the arrest.