Beirut Starts To Clear 300,000 Tons Of Trash From City Streets 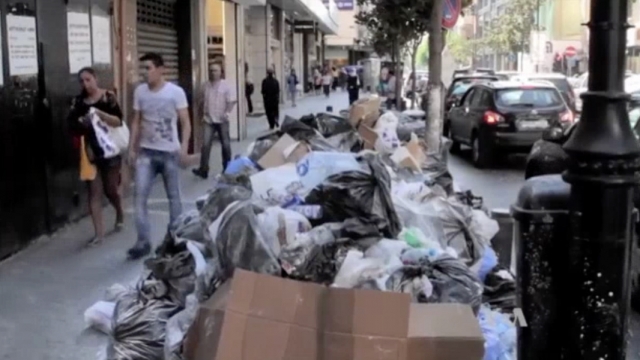 SMS
Beirut Starts To Clear 300,000 Tons Of Trash From City Streets
By Melissa Prax
By Melissa Prax
March 20, 2016
Lebanon has started implementing a plan to remove eight months' worth of trash from Beirut's streets, but local activists don't know if it's enough.
SHOW TRANSCRIPT

Lebanon is finally getting rid of trash piles in Beirut — at least temporarily.

Beirut's streets have resembled a landfill for the past eight months after a nearby one filled to capacity and closed.

The temporary solution involves dumping trash into the same landfill that was shut down — at least for the next two months. The plan also calls for two other landfills to open in the next four years.

Beirut's trash problem has sparked a political movement against the government over the past few months, and protesters have demanded the environment minister steps down.

And while some outlets have been quick to say the crisis is over, local activists don't think using the old landfill is a viable option, since it was full at the time of closing.

And with an estimated 300,000 tons of garbage, many say two more landfills still might not be enough.