Meet Rick Gates, The Man Who Could Send Paul Manafort To Jail 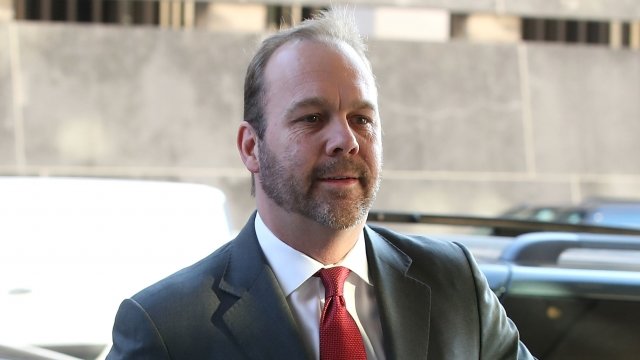 If you've been paying attention to the trial of former Trump campaign chief Paul Manafort, you've heard the name Rick Gates over and over. But who is he and why is he so important?

Well, for all intents and purposes, Gates was Manafort's right-hand man for years. The two first met when Gates interned at Manafort's D.C. consulting firm in the '80s. Manafort left that firm the same year to start another. In '06, Gates began working at that firm, called Davis Manafort.

Gates eventually ended up running the Eastern European arm of Manafort's organization. The company worked to elect candidates in the region who'd be receptive to their lobbying efforts. Their most notable client was pro-Russian Ukrainian politician and eventual President Viktor Yanukovych, who was ousted during the country's 2014 revolution.

When Manafort was tapped to help lead a possible Trump 2016 convention battle for delegates, Gates followed him as his deputy. As Manafort rose to campaign chair, Gates gained more clout and influence in Trump world. When Manafort resigned from the campaign, Gates stuck around through the general election as a liaison between the Republican National Committee and the campaign. He even served on the inaugural committee for the then-president-elect.

Gates went on to help start a pro-Trump group called America First Policies. But Gates was forced out in March 2017 as his and Manafort's dealings in Eastern Europe came under scrutiny. 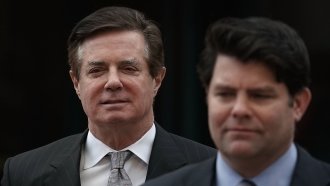 Week One Of Manafort's Trial: Lavish Lifestyle And Falsified Documents

Fast forward to October of that year when, in the first public indictments of Special Counsel Robert Mueller's probe, Gates and Manafort were charged on 12 different counts including conspiracy against the U.S., money laundering and bank fraud.

Originally, both men pleaded not guilty. Gates eventually changed his plea to guilty after a new "superseding indictment" of 32 counts was charged against him and Manafort in February. Gates also copped to lying to investigators.

Now, Gates is cooperating with investigators and has turned on his longtime business partner. On the witness stand, Gates said, among other things, he lied on tax forms to reduce Manafort's tax liability and that the two hid secret bank accounts overseas, at Manafort's request.