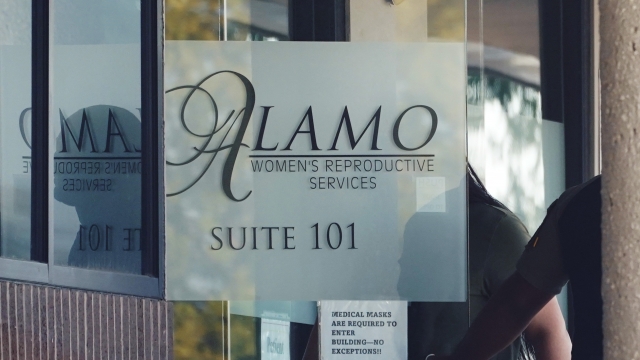 SMS
Battles Over Abortion Access Playing Out Nationwide
By Newsy Staff
By Newsy Staff
December 1, 2021
A new Texas law narrows the window during which doctors are allowed to give abortion-inducing medicines from 10 weeks into pregnancy to seven weeks.

As of Thursday in Texas, the window for a woman to buy pills that induce termination of pregnancy will narrow — a change in the law supporters hail as another step in outlawing abortion altogether. Critics say it cuts off access to health care.

The new law narrows the window in which doctors are allowed to give abortion-inducing medicines from 10 weeks to seven weeks into a pregnancy.

The three-week reduction also bucks previous Texas law and FDA guidelines, saying these medications are safe to give to patients up to 10 weeks after conception. The law specifically targets the drugs Mifepristone and misoprostol.

Dr. Bhavik Kumar of Planned Parenthood Gulf Coast says these medications are becoming more common ways to terminate pregnancies. According to the Guttmacher Institute, medication abortions accounted for about a third of all abortions nationally.

Violations of this new law targeting the pills is punishable by jail time and a $10,000 fine.