Baton Rouge Officer Who Shot Alton Sterling Has Been Fired 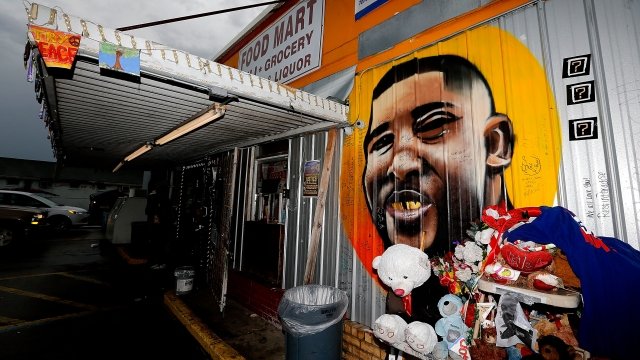 By Jake Jones
March 30, 2018
Body camera footage from both officers involved in the shooting was released following the police chief's announcement.
SHOW TRANSCRIPT

The Baton Rouge police officer who fatally shot Alton Sterling was fired on Friday. The other officer involved was suspended for three days.

Police Chief Murphy Paul announced the decision at a press conference. He said Officer Blane Salamoni, who fired six rounds into Sterling while he was pinned to the ground by Officer Howie Lake, failed to follow training, policy and procedure, following an administrative investigation.

Earlier this week, Louisiana's attorney general decided not to press criminal charges against either officer.

Chief Paul said he hoped his decision brings closure to the case and helps to start the healing process. Both officers' body camera footage was also released following Paul's announcement.