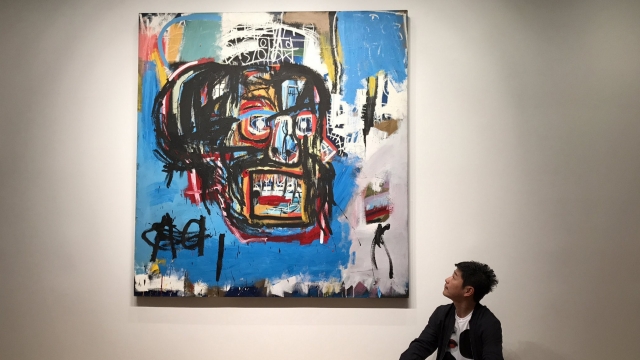 SMS
This Painting Is Now The Most Expensive Work By An American Artist
By Briana Koeneman
By Briana Koeneman
May 19, 2017
Jean-Michel Basquiat's "Untitled" sold for a whopping $110.5 million at Sotheby's in New York.
SHOW TRANSCRIPT

This is "Untitled," a representation of a skull painted by artist Jean-Michel Basquiat in 1982.

And it just became the most expensive work by an American artist.

The painting went for a whopping $110.5 million at Sotheby's in New York, far more than the expected $60 million.

And it didn't just break American records. "Untitled" is now officially the sixth most expensive painting ever sold at auction.

It seems the new owner, Japanese billionaire Yusaku Maezawa, couldn't be more thrilled with his purchase.

He wrote on Instagram after the auction, "When I first encountered this painting, I was struck with so much excitement and gratitude for my love of art."

Maezawa told CNN Money he plans to loan his new painting for exhibitions around the world before making it the centerpiece of his art museum in Japan.