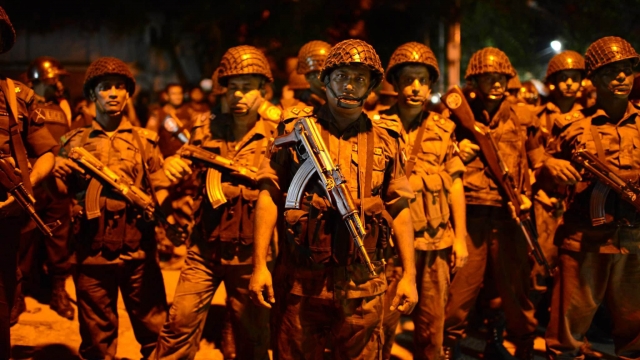 An overnight standoff at a restaurant in Bangladesh's capital — Dhaka — has ended, leaving more than a dozen dead.

Several armed attackers took control of the restaurant on Friday.

The country's prime minister said at least 20 people were killed along with six gunmen. Local media report an additional gunman was arrested.

The prime minister also told reporters at least 13 hostages have been rescued.

All of the victims were reportedly foreign. Officials say two of those killed were college students studying in the U.S.

Several outlets have reported that ISIS took responsibility for the attack through one of its media arms, but the U.S. Embassy also said it couldn't confirm if that was true.

Up to now, Bangladesh officials have been adamant the terrorist group doesn't have a presence in the country.

This video includes clips from RTV, U.S. Department of State, Channel 24, Channel i and ATN News.