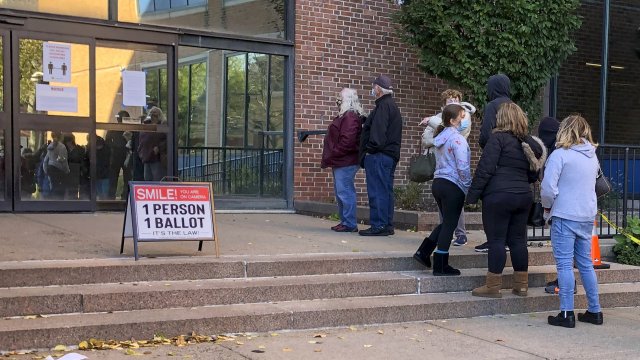 SMS
Ballot Counting Deadlines Vary By State
By Newsy Staff
By Newsy Staff
November 2, 2020
If you're wondering whether your mailed ballot will arrive in time to be counted, the answer is: It may depend on where you live.
SHOW TRANSCRIPT

The Supreme Court ruled Pennsylvania can accept mail-in ballots up to three days after the election as long as those ballots are postmarked by Nov. 3.

But the high court indicated Republicans can appeal that ruling after the race.

And it issued a similar ruling in North Carolina, but gave nine days to count ballots there. And again, ballots must be postmarked by Nov. 3.

But justices ruled against an extension in Wisconsin.

She didn't participate in any of those rulings because she said she hadn't read enough about them. But she hasn't recused herself from election cases, so she could still vote in the Pennsylvania case if it comes back.