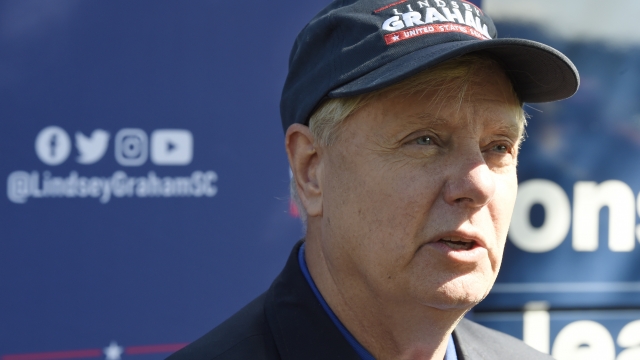 SMS
Democrats Favored To Win Seats In U.S. House, Senate
By Nathaniel Reed
By Nathaniel Reed
November 3, 2020
On Election Day, 470 down ballot races taking place across the country will determine the makeup of the 117th Congress.
SHOW TRANSCRIPT

On November 3rd, 470 down ballot races taking place across the country will determine the makeup of the 117th Congress.

In the Senate, 35 seats are up for grabs, and Democrats are expected to make gains with the chamber’s majority within clear striking distance.

Democrats currently have 45 seats, along with two independents, compared to the Republicans' 53 seats.

Among the most vulnerable republicans, Sen. Martha McSally, a favorite of President Trump, is going head to head with former space shuttle commander Mark Kelly in Arizona.

And in Colorado, incumbent Senator Cory Gardner is facing a tough challenge from former governor and presidential candidate John Hickenlooper.

Even in the last frontier, Alaska, Senator Dan Sullivan is fighting a tough challenge from the left, and Democrats have extended their reach into typically reliably deep red states: challenging Texas’ John Cornyn and even Majority Leader Mitch McConnell in Kentucky.

A blue wave in the Senate could mean a new Majority Leader: Senator Chuck Schumer of New York, who would be the first Democrat to control Congress’ upper chamber in six years.

Unlike the Presidency — which begins at noon on January 20th — the 117th congress will be sworn in on January 3rd.

If there are significant challenges to the vote or an electoral tie, it could fall to the Congress to determine the next President.